Following a summer of slow growth, the new school year and change of season failed to inject the boost that retailers needed in September, with online sales recording a rise of just +0.6% Year-on-Year (YoY), according to new research. 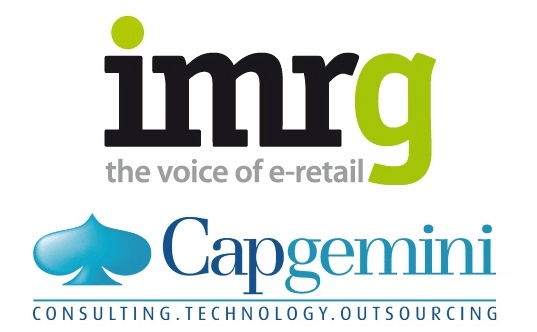 The latest IMRG Capgemini Online Retail Index, which tracks the online sales performance of over 200 retailers, indicates that despite the extended period of challenging results, September’s figures (excluding travel) failed to match the already low 6- and 12-month rolling averages (respectively +2.3%, +5.3%), and plummeted well below the 5-year average (+10%).

Delving into the categories, clothing saw its first negative growth in over two years at -1.2% against last year. This may have been reflective of a number of initiatives in September that aimed to shift consumer attitudes towards sustainable fashion. In stark contrast to previous performance where sales had major growth menswear sales suffered significantly (-22.5%). Womenswear, footwear and accessories also declined with YoY growth rates of -13.3%, -9.8% and -9.0% respectively.

Elsewhere the picture wasn’t all negative. Health & beauty saw sales growing by +16.4%, while the warmer weather at the start of the month also led to a surprise increase in beers, wine and spirits sales, rising by +15.3% compared to -11.4% in 2018. Even home and garden saw a slight reprieve from last month’s decline, reaching +1.22% overall. However, with a number of the other categories continuing their downwards sales plummets, including electricals (-15.47%) and gifts (-18.2%), the few inclines weren’t enough to push up the month’s overall average.

Andy Mulcahy, strategy and insight director, IMRG, said: “September was another poor month for online sales growth; January-September the index is up just +4.9% versus a start-of-year forecast of +9%. Retailers just seem to be facing so many issues at the moment, with low shopper confidence driving the need to discount and very few categories performing well. There is only one possible positive factor, which might seem slightly surprising, that could help stimulate sales growth – Brexit.

“In the six months following the June 2016 referendum result, many expected the economic impact to be negative but actually a lot of the indicators were stronger than anticipated. If the UK does leave the EU by end of October, while that brings challenges and disruption for businesses, in the short-term the average person isn’t likely to notice any immediate impact. Given that 2016 precedent, should Brexit happen, there might be a collective sigh of relief that the tedium of hearing about it is finally over. We could see a degree of buoyancy in spending just in time for Black Friday and Christmas, which though temporary could help get retailers through what otherwise might prove a tough peak trading period.”

Bhavesh Unadkat, principal consultant in retail customer engagement, Capgemini, said: “September’s results will have triggered some clear warning signs for retailers as sales are stuttering at the beginning of the ‘golden quarter’; online sales are up only +0.6%, and 9 out of the 15 sectors we track reported negative performance in comparison to last year.

“Most notably, the clothing sector was down -1.2%, despite the average basket value remaining flat at £78 and the conversion rate increasing by +2% against last year, which indicates that low demand is the driver for the poor performance. Increasing pressures are hitting consumer spending, with low confidence in the political climate and the warmer weather at the start of the month both attributed by retailers as critical factors in this month’s results. Adding to this, September saw a push for sustainability and reduction in fast fashion, with initiatives throughout the month discouraging new season purchases.

Retailers will now be looking ahead at how to make the most out of the peak period. With Black Friday promotional discounting on the horizon and consumers expectations set for big reductions, this may prove challenging for retailers to manage after several difficult months.”