A new interactive timeline tool has been launched depicting WordPress’s rich history and powerful impact on the internet as the world’s most influential content management system (CMS) celebrates its 17th birthday. 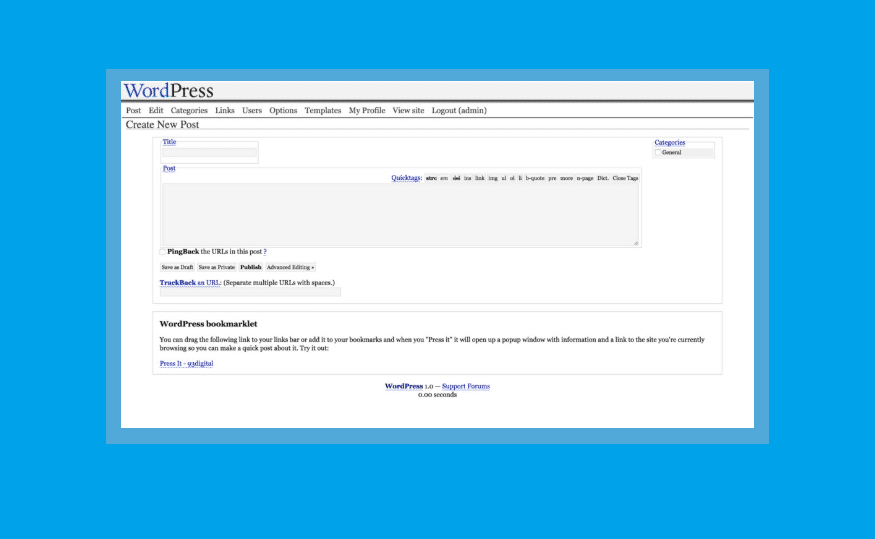 The WordPress Time Machine was designed and executed by leading WordPress agency 93digital.

It recounts the incredible story behind the publishing platform and how it started life as a basic blogging tool before growing into a widely used Enterprise ready CMS which now powers more than one-third (36 percent*) of the entire internet. This represents a staggering 63 percent** share of the whole CMS market.

Alex Price from 93digital says: “The Time Machine provides an engaging overview of what WordPress looked like in its first iteration in 2003, who the brains are behind it and how it has evolved, moved with the times and never looked back.

“It successfully depicts how WordPress has gone on to now power 36 percent of the entire internet, enjoying a stratospheric growth from a simple blogging tool to Enterprise CMS.

“In the current climate, many people will be thinking of ways to adapt, protect and future-proof their business and WordPress is an inspirational business model to look up to and aspire to.”

High profile websites such as whitehouse gov are currently powered by WordPress, while world-renowned organisations such as NASA, Sony and Microsoft use it to power certain sites within their digital estates.

The first version of WordPress was released on May 27, 2003. Since then, WordPress has cultivated an extensive ecosystem of developers and contributors who move the project forward with a regular release program and dedicated WordPress agencies, such as 93digital, who deliver WordPress for clients.

By exploring the interactive WordPress Time Machine, it is possible to get an idea of how WordPress used to look when it was first released and how the default theme and CMS user interface have progressed over the years.

Regarding what the future has in store for WordPress, their core team maintains a Roadmap of all the projects that are currently being worked on and those which are planned moving forwards, as well as release dates for forthcoming versions of WordPress.