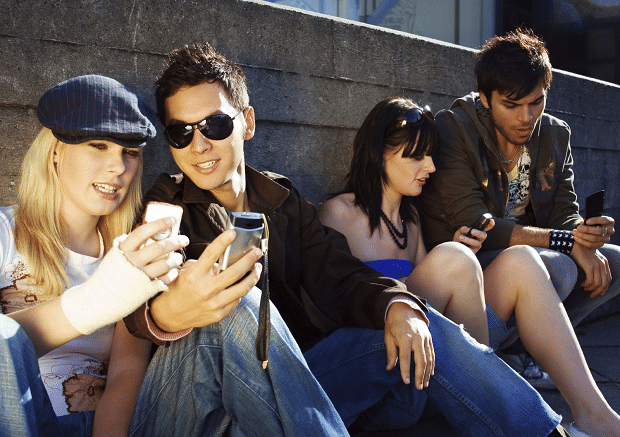 The relentless pursuit of ‘likes’ is over, as under 30 year olds seek deeper relationships away from the social media monoliths, reveals the findings of ‘The New Rules of Social’, a new white paper by leading youth creative agency ZAK.

As the first generation to all reach adulthood after the advent of ‘big social’, new research reveals how under 30s are migrating away from established open platforms such as Facebook and Snapchat, in favour of deeper, richer connections found in smaller bespoke communities that share their specific passions. The new white paper takes a deep dive into how the world they have grown up in has shaped their social use, forming a much more ‘pragmatic’ interaction with apps such as Facebook.

One key finding from the study identifies that 38% of under 30s now use Facebook as simply a messenger service. The fact that this group now uses social media primarily to communicate and not dwell (63%) has made it more utilitarian, and not something which necessarily commands their passions or interests as with prior generations. Their world is vastly different from that of even a generation ago, reflecting a new community of micro-entrepreneurs and passion led communities.

The extensive study, drawn from fieldwork interviews and supported by a 1,000 respondent survey, focused specifically on young people aged 16–30 years of age.

The findings reveal a sophisticated generation eschewing traditional social media values such as the accumulation of online ‘friends’ and ‘likes’, instead craving the intense sense of community offered by tighter and often closed micro-communities.

43% of those researched feel that large social networks like Facebook and Instagram have ‘too many people on them’, whilst over half (51%) state that whilst ‘it used to be important to be seen to have a lot friends online, now it doesn’t matter.’ Almost half (47%) believe that Instagram is all about ‘presenting an image to the world that’s not real’.

Instead, the generation born after 1990 are turning to a new niche mainstream, finding likeminded friends and sparking real relationships on special interest platforms such as Discord or Twitch, where the gaming community can find channels that allow them to truly express themselves in a safe and meaningful way. 1 in 5 (21%) of those researched have deleted their Snapchat app in the last year, whilst almost 18% of Facebook users have done likewise.

Top 3 Places That Provide U30s With a Place of Community:

The research also highlights a growing trend for under 30s to focus their social media usage onto functions and aps that allow closed conversations and chats. Nearly two-thirds (63%) of those polled state that they prefer to talk in a private message threads rather than on open forum and feeds, with 60% stating that talking in private groups mean they can ‘share more openly’.

One third of those asked felt that many of the big social networks drained their time by presenting content that is no longer relevant or important to them. When it came to Facebook, 33% felt that they ‘spend time talking and reading about things they don’t care about’, with  Instagram (35%) and Twitter (32%) presenting a similar return.

Matt Bennett, Chief Creative Officer of ZAK Agency, said: “Our previous whitepaper on under 30s, addressed the problems social media is causing this audience and this study now looks at what they are doing about it. There is an inherent need for humans to connect and belong but the larger platforms have reached saturation point in their current guise so are becoming much more functional to under30s. This group are now looking to fulfil their emotional need to connect elsewhere.”

1.     Understand the value of cultural pull over ‘targeted’ reach
And this means making better stuff that feels culturally correct and will have momentum of its own as a result.

If you have the right to enter into a space in social media which is either influential or valuable, it will be by invitation. Humans ultimately seek what is either familiar or novel, or the best-case scenario – something which manages to be both. A feeling like they are engaging with a part of something they recognise, but in a way that enhances your appreciation of it.

2.     Make social media with a useful purpose in the lives of under 30s
Gen Z has entered the world with their eyes open to the realities of life. They have the spirit of an entrepreneur and the heart of a hacker, shaping what they have around them to achieve personal, social or work goals.

Give them what they need to succeed in their dreams – either by connecting or informing.

3.     Make an effort to look for, and understand subcultures.
Pretty simple this one. Hip Hop was once decried as a passing fad, and is now five decades old. People swap out of brands almost in an instant but make lifetime commitments to cultures that they feel part of.

The reason gaming has crept up and now accounts for half the UK entertainment industry is because it started out as a subculture which few brands took seriously.
In short, be open minded, because the power of culture sustains like nothing else.

4.     Get as far away from demographics as possible and target by state of mind.
Even a supposedly niche group like gamers are a huge cross-section of people. Traditional reach and frequency do not apply to niche social media. Their smaller numbers have far greater depth, endorsement and ultimately, reverberation. Brand need to break their desire for breadth, and seek depth instead.

The social media space is a blunt tool at the mass end of the scale, which relies on      catching numbers in nets; but niche networks rely on the heady use of culture to catch people willingly in their gravitational radius – and that’s fine. They understand the culture within which they speak.

5.     It isn’t one to the exclusion of the other
In reality, although they are finding their own little corners of the social web, they will continue to use mainstream social media for specific purposes. Augmenting the mass awareness and OTS of an above the line campaign is valid on the bigger networks.

All we’re saying is use platforms as you need, and tailor to your audience, and if you are setting foot in culture, understand that niche social networks understand it way better than you are likely to.

6.     Start believing in humans again!
In general, all the supposed evil that big social media does seems down to lack of humanity. Algorithms and machine learning cannot behave with empathy. Over-targeting to the point of frustration is unlikely to be a conscious human action, but a human would certainly have set it in motion.
Humans generally police their spaces better. If you have to forego micro-targeting to achieve positive feeling and a captive and committed audience, that is a decision worth taking.

The extensive research commissioned by ZAK follows on from their influential 2017 study, “The Death of the Millennial”, which set out to deconstruct why the term millennials is being rejected by youth and marketers. In 2018 the agency released their follow-up study “Decoding Youth Identity in the Social Age”, which revealed the stark challenge brands face to remain relevant to an ever-evolving Generation Z.

ZAK is a creative agency specialising in connecting brands to the under 30s and identifying a new approach to understanding contemporary youth culture. To download the full white paper go to zakagency.com/selfhood

Matt Bennett, Chief Creative Officer of ZAK Agency, says “Our previous whitepaper on under 30s addressed the problems social media is causing this audience and this study now looks at what they are doing about it. There is an inherent need for humans to connect and belong but the larger platforms have reached saturation point in their current guise so are becoming much more functional to under30s. This group are now looking to fulfil their emotional need to connect elsewhere.”