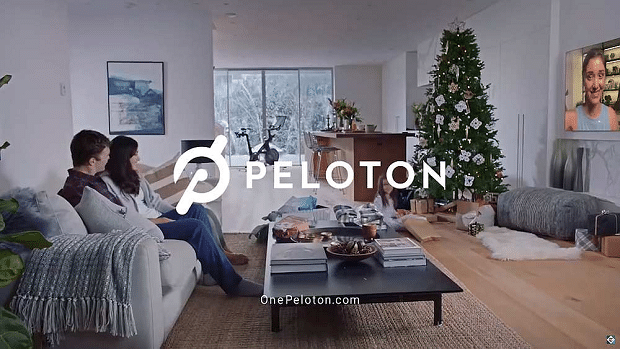 Exercise bike and VR fitness company Peloton has faced a backlash over a “sexist” Christmas advert.

The bikes, which cost £1,990 for the basic package, come with virtual access to live exercise classes beamed from a New York studio.

Entitled ‘The Gift That Gives Back’, the advert features a man presenting his wife with the stationary bike on Christmas morning, then recording her workouts over a year and sharing them with him through a video blog.

“A year ago, I didn’t realise how much this would change me,” the woman says in one video.

The advert has received backlash online, with some calling it “sexist” and saying it could be construed as a man pressuring the slim woman in the advert to exercise.

Peloton has turned off comments beneath its advert on YouTube. Some replies to its commercial said they did not find it offensive.

The exercise bike company said in the advertisement was meant to celebrate a “fitness and wellness journey”.

A Peloton spokesperson said: “While we’re disappointed in how some have misinterpreted this commercial, we are encouraged by – and grateful for – the outpouring of support we’ve received from those who understand what we were trying to communicate.”

Peloton has sold 577,000 bikes and treadmills and has 1.4 million members, according to the company’s own data. It posted a net loss of $195m this year but Foley said in a recent interview with Bloomberg that this is down to investment and he expects the company to be profitable by 2023.