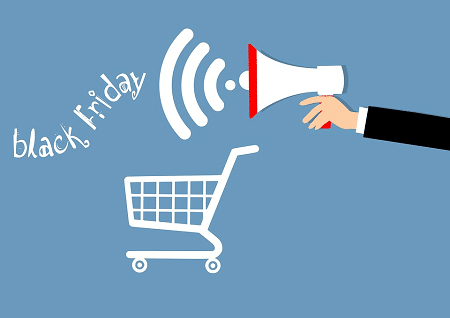 Average conversion rate from basket abandonment email reminders was four times higher on Black Friday, at 45%, according to new research.

The analysis was conducted by the conversion rate specialists Smarter Click, who analysed the data from clients using their basket abandonment email technology during November 2018 to form the basis of findings.

From their 2018 campaigns, the team found that the number of abandoned baskets grew throughout November, with conversion rates averaging between 10 and 15% from email reminders that were sent out.

The average order value (AOV) across the Black Friday week was also higher than the rest of the month, by an average of 8%.

Commenting on the findings, Ennis Al-Saiegh, CEO of Smarter Click (www.smarterclick.com), said: “Although we have increasingly noticed that Black Friday is lasting longer than just a day, and typically lasts for around a week nowadays, the fact that conversion rates are so much higher on the day itself seems to indicate just how much consumers still associate grabbing the best deals with Black Friday itself. The findings suggest that consumers are filling their baskets with their desired items before the day, but waiting for the offers to come in on Black Friday to actually make their purchases.”