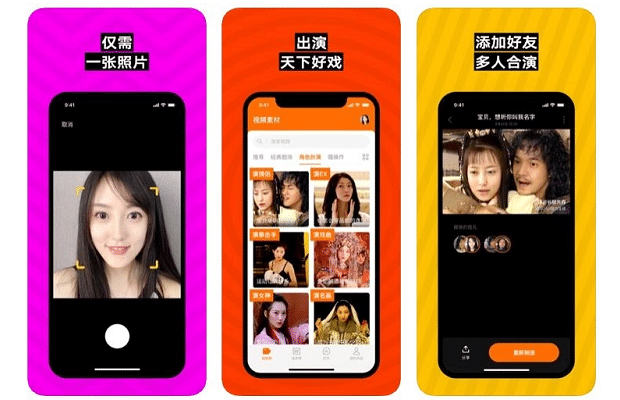 Deepfake app Zao has risen to the top of Chinese app sales charts less than a week after going live, sparking privacy concerns in the process.

Zao, created by popular Chinese app developer Momo, uses Deepfake technology to allow people to plaster their own faces on top of any character they want after a scan that takes just a few seconds.

The app is only officially available in China, though a few Westerners have already been able to get in on the program.

Zao allows users to insert themselves into any television show or movie using a single selfie by using artificial intelligence to superimpose their face onto that of a celebrity.

According to a post from the app makers on the Chinese social media platform Weibo, Zao’s servers nearly crashed due to the surge in traffic over the weekend.

In case you haven’t heard, #ZAO is a Chinese app which completely blew up since Friday. Best application of ‘Deepfake’-style AI facial replacement I’ve ever seen.

Here’s an example of me as DiCaprio (generated in under 8 secs from that one photo in the thumbnail) 🤯 pic.twitter.com/1RpnJJ3wgT

One section of Zao’s user agreement states that consumers who upload their images to the app agree to surrender the intellectual property rights to their face, and permit Zao to use their images for marketing purposes.

Zao later said on Weibo that it would address users’ privacy concerns, following the backlash.

“We thoroughly understand the anxiety people have toward privacy concerns,” the company said. “We have received the questions you have sent us. We will correct the areas we have not considered and require some time.”

Zao has since updated its terms so that selfies or videos uploaded by its users will not be used for anything not pre-agreed, and if users delete any of their content the app will similarly erase it, Bloomberg reported.

The subsequent reaction was not positive however, with many people flooding the app with negative reviews on the App Store – it current stands at 1.9 stars out of five.