Budweiser launches ‘superior’ marketing campaign across the Republic of Ireland 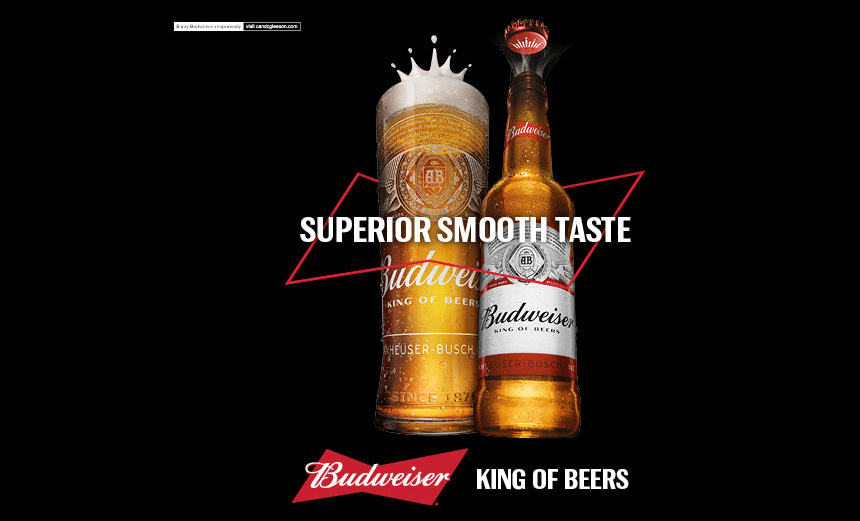 Budweiser has launched a major advertising campaign for the Budweiser brand in the Republic of Ireland, focusing on its superior smooth taste.

The new advertising campaign will run across all major TV stations, TV Players, Youtube and other online channels. The campaign aims to reconnect with younger audiences and renew its relationship with Irish consumers. Budweiser also launched its new brand visual identity which will be rolled out as part of the campaign.

Bottled Budweiser is currently stocked in 97% of Irish pubs and the brand is fourth biggest lager brand in Ireland.

Christophe Jadoul, Marketing Manager Budweiser Europe, BBG Group said: “Our new campaign focuses on the unique attributes of Budweiser – a smoother taste which is the result of a longer fermentation process than other lagers. We could brew it quicker, but that would compromise our taste. And kings don’t compromise Alongside our new campaign, Ireland launched Budweiser’s new brand visual identity as from July 1st. Our new modernised pint glasses and redesigned bottles and cans will reflect our unique brand attributes and support our overall “King of Beers” message. We are looking forward to investing in new partnerships and pub activation campaigns across Ireland and reconnecting with our Irish consumers who can appreciate a lager which is carefully crafted for longer to deliver a uniquely smoother taste.”