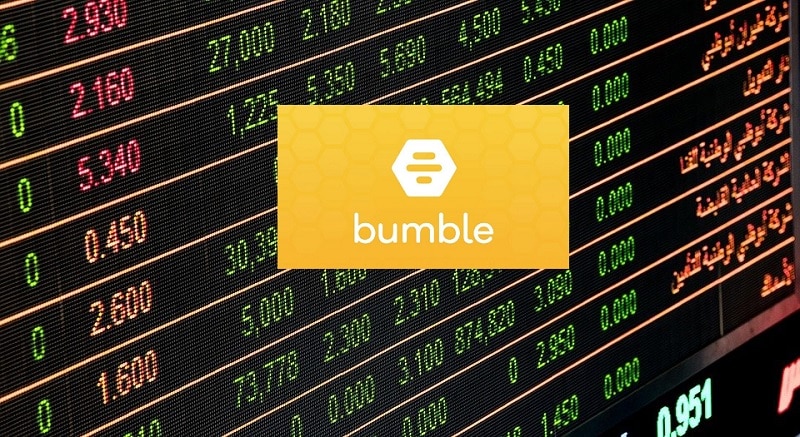 Dating app Bumble, famous for putting women in charge of making contact with potential matches, has soared to a market value of more than $13bn after listing shares.

The company, which is the parent firm of the Bumble and Badoo dating apps, initially priced its shares at $43 (£31), above its target range of $37 to $39, and sold 50 million shares.

Bumble offers its service for free and derives its income largely from subscriptions and in-app purchases, a model similar to that of Tinder and other dating apps.

The company is focusing on increasing the number of paid subscribers, but acknowledged that the Covid-19 pandemic has harmed revenues.

Bumble is one of less than two dozen US firms to list publicly while led by a female founder. Its Wall Street success made 31-year-old boss Whitney Wolfe Herd a self-made female billionaire.

Herd said she was inspired to create a platform where women “make the first move” by her frustration with archaic gender norms controlling dating.

Unlike most dating apps, only female users can make the first contact with matched male users, while in same-sex matches either person can send a message first.

“I have experienced firsthand how unequal relationships negatively impact all areas of life,” she wrote in a letter to investors ahead of the share listing. “I wanted to change this.”

Shares in dating app Bumble rose more than 63 percent in their first day of trading on the Nasdaq.

Match Group, which owns Tinder, Hinge and several other dating apps, is Bumble’s main competitor and once tried unsucessfully to acquire the firm.

Andreev sold his stakes in both companies in 2019, and in 2020 Bumble, led by Wolfe Herd, became the parent company of both Bumble and Badoo. The apps together have 40 million active users, 2.4 million of which are paying customers.

She also joins a short list of women founders who have led IPOs, including Katrina Lake of Stitch Fix, who took the company public in 2017, and Julie Wainwright, whose The RealReal made its market debut in 2019.

Bumble, whose apps are available in more than 150 countries, has said it is poised for growth, pointing to the rising number of single people globally, increased adoption of online dating and signs that users have become more willing to pay.

The firm is also expanding into new areas, like business networking.

But despite an uptick in use, the pandemic has hurt the business, which makes money primarily from subscriptions and in-app purchases.