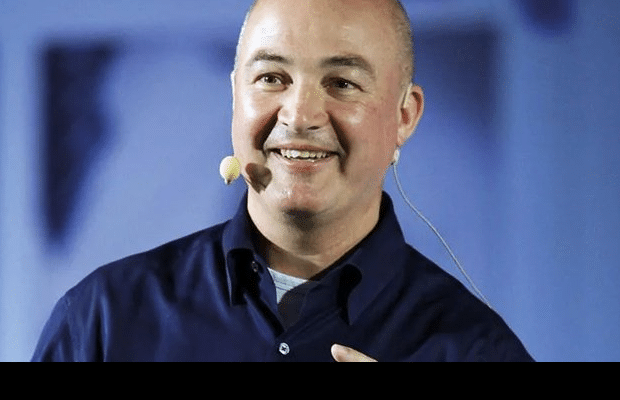 Unilever's new chief executive Alan Jope has warned brands against cashing in on culture wars by 'woke-washing' in advertising, claiming the purpose category is being "polluted" by brands that fail to take real action after making false promises.

The concept of ‘greenwashing’ – talking up the benefit to the environment of a practice, product or service despite there being no underlying change taking place – has existed since the 1980s. Today, Jope highlighted a related but newer practice: ‘woke-washing’.

This is where a company or institution claims to be engaging in specific action to make the world a better place but, in reality, is carrying on as before.

Speaking at the Cannes Lions International festival of Creativity, Jope said woke-washing was undermining the credibility of the advertising industry and eroding trust in it.

“Purpose is one of the most exciting opportunities I’ve seen for this industry in my 35 years of marketing,” Jope said. “Done properly, done responsibly, it will help us restore trust in our industry, unlock greater creativity in our work, and grow the brands we love.

“However, purposeful marketing is at an important crossroads. Woke-washing is beginning to infect our industry. It’s polluting purpose. It’s putting in peril the very thing which offers us the opportunity to help tackle many of the world’s issues. What’s more, it threatens to further destroy trust in our industry, when it’s already in short supply.

“There are too many examples of brands undermining purposeful marketing by launching campaigns which aren’t backing up what their brand says with what their brand does. Purpose-led brand communications is not just a matter of ‘make them cry, make them buy’. It’s about action in the world,” Jope added.

Urging advertisers and their agencies to hold each other to account, he called on agencies to reject campaign briefs from brands that don’t “walk the talk” on purpose and promised that agencies with a track record of purpose-washing won’t work on Unilever brands.

“Unilever will not be part of false purpose and will not work with those who are. But – we will celebrate and reward the brilliant work and power of creativity that can be unlocked by putting issues that matter at the centre of what our brands do and what they say.”

He rallied the industry to “Unleash Purpose” with “creative ideas that move people, change perceptions, and inspire action”, inviting advertisers “to work with Unilever in a new way and bring us new ideas that drive the kind of behavioural and cultural change that’s required to fix the big challenges of our time.”

Jope noted that consumers are rapidly shifting towards “brands that ‘get it’ and embrace a role in society that goes well beyond what they sell”, noting:

He confirmed that “brands without a purpose will have no long-term future with Unilever”. This follows last week’s announcement that the company’s 28 Sustainable Living Brands, including Dove, Knorr, Persil/OMO, and Rexona, grew 69% faster than the rest of the business in 2018, compared to 47% in 2017.

Jope concluded by declaring: “We are ALL IN on Purpose.”

.@alanjope, CEO, @Unilever challenges all CEOs to step their game up and take the lead on change.

The Unilever chief executive did not cite any specific examples, but among those who have been accused of woke-washing are Pepsi, for a notorious advertisement in ran in 2017 when the model and reality TV star Kendall Jenner was shown handing a drink to a riot policeman, in an attempt to defuse tension at a demonstration.

The company was accused of trivialising the Black Lives Matter demonstrations that were sweeping the US at the time.

One of the best-known examples here is Nike which, in September last year, began running adverts featuring Colin Kaepernick, the former NFL star who created a controversy by kneeling during the American national anthem in a protest against racial inequality and police mistreatment of African Americans.

A lot of consumers hated the advert and boycotted Nike’s products in protest. Yet the advert is generally regarded as having been a success, particularly in the way it appealed to the company’s core consumers, boosting both sales and Nike’s credentials as a socially conscious company.