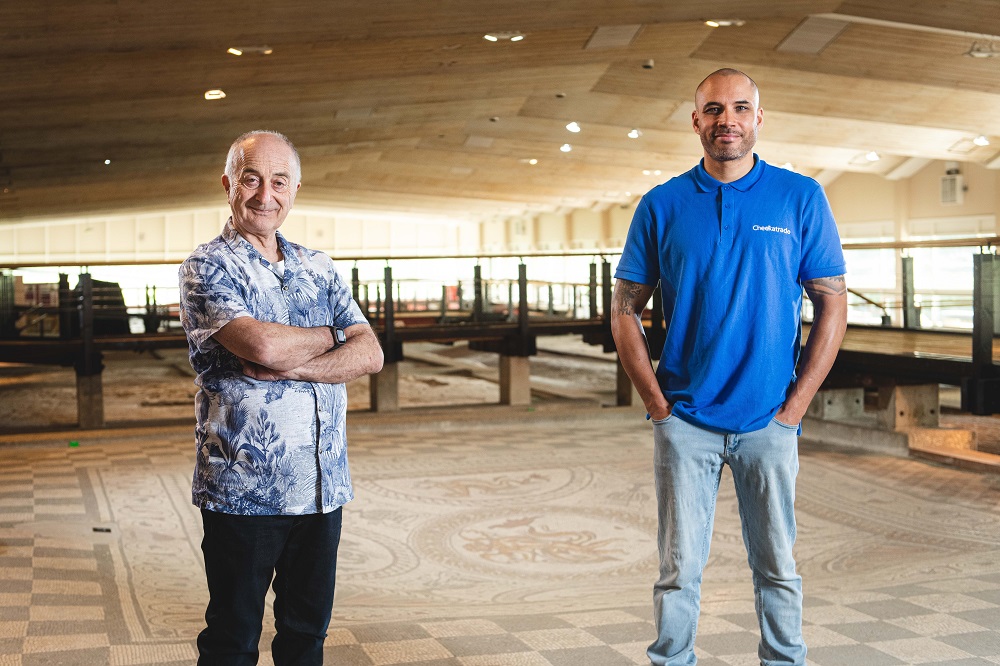 In the new mini-documentary, Sir Tony reveals how the origins of many modern building techniques were in fact developed by the Romans and shines a light on how the skills traders use day to day were also used thousands of years ago.

‘Check-A-Roman-Trade’, proposed by Checkatrade’s PR agency Red Consultancy, is designed to shine a light on the Roman techniques that are still used by trades today.

In the documentary, Sir Tony Robinson takes plumber, Danny, on a journey through time, visiting Fishbourne Roman Palace1 in West Sussex to show him how the skills he uses in his daily life were also used by Roman builders thousands of years ago. And with Latin the official language of the Roman empire, it’s to Danny’s anguish that Tony reveals the translation for plumber is ‘plumbarius’ (“plum–bear–e–arse”).

‘’We’ve loved celebrating the innovations by tradespeople during Roman times with Sir Tony Robinson,‘’ said Kim Faura, Chief Consumer Office at Checkatrade. ‘’We feel this activity builds on our current successful campaign featuring the world’s most infamous Romans, Ceasar and Brutus, and we hope it encourages people to see how working as a trade means you have a job for millennia, with skills such as painting and plastering truly standing the test of time.’’

Dan Lambden, Creative Director, Red Consultancy continues: “Check-a-Roman-Trade has been such an interesting and entertaining campaign – enabling us to highlight the timeless expertise of tradespeople and their inventions still being installed in homes across the country today.‘’