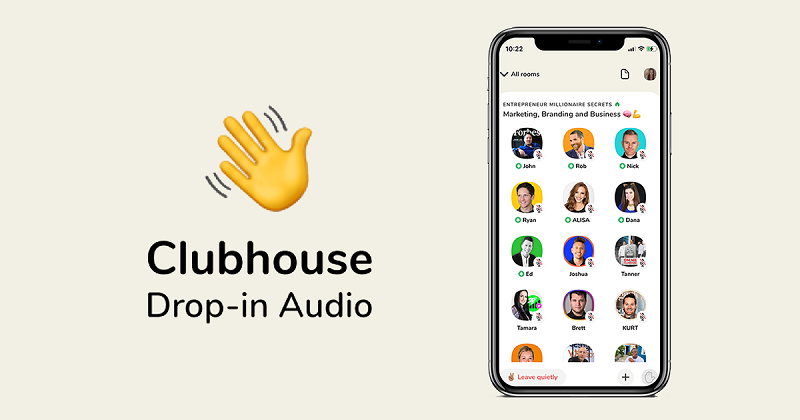 The much-awaited rollout to Android boosted audience reach and helped turn this into a more viable platform for brands. Audience numbers and profile are key for reaching the critical mass needed in PR and advertising campaigns. Clubhouse is growing fast and looking set to become a powerful channel for brands that have creative ideas that fit the format.

The app is now available to Android users in the US with the UK and other English speaking markets quickly following in the coming days. For UK users, it’s possible to pre-register via the Clubhouse page in the Google Play Store to be notified as soon as the app is available in their area.

Clubhouse had about 13.4 million users in late March, according to research company App Annie.

But after peaking in February, with 9.6 million downloads, it had had just 2.7 million in March and 900,000 in April, mobile-app-store analysts Sensor Tower said.

As a part of the effort to keep the growth measured, Clubhouse will be continuing its invitation system which allows existing community members to invite a handful of friends as they focus on carefully growing the platform.

However, rivals could steal users from Clubhouse by creating a more polished product.

Facebook is testing a web-based app of its own called Hotline, which lets hosts chat to their audience via audio and text and will be available to both Android and Apple users.

Meanwhile, Twitter has launched Spaces, an audio-streaming feature inside the existing Twitter app, which will soon allow users to charge for admission to its audio chat rooms.

During the summer, Clubhouse will also begin migrating the millions of iOS users, who have been waitlisted while it assembled a team and built sustainable infrastructure, into the app.

The full announcement can be found at clubhouse.com/blog.