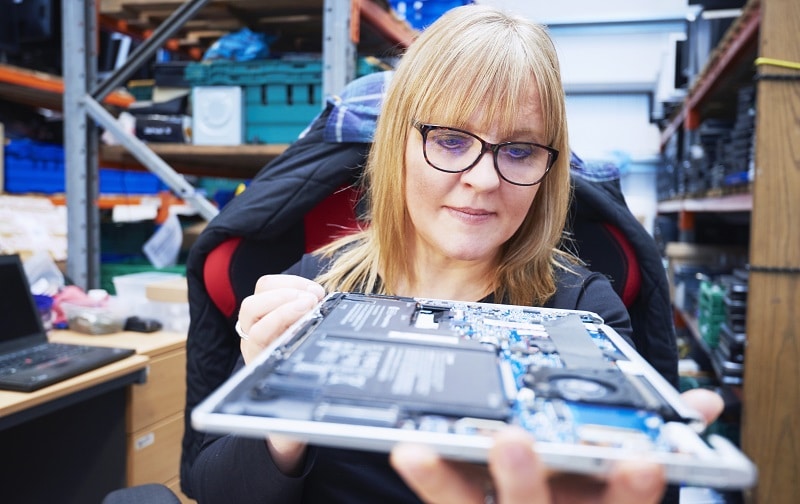 NatWest and Getty Images have launched a new campaign to improve the way female entrepreneurs and business leaders are represented in media and advertising. The partnership sees the creation of a new gallery of images on gettyimages.com, featuring 15 female entrepreneurs, illustrating the diversity of female-led businesses in the UK.

The latest customer download data from Getty Images reveals that female small business owners are being represented within narrow stereotypes, depicted as being mid-20s – mid-30s in age and owning a business within hospitality or retail. The new image gallery, featuring a wide range of NatWest’s own customers, authentically depicts women of all ages and backgrounds working across a diverse spectrum of industries including farming, blacksmithing, recycling, sustainable business, technology and wellness, and also reflects the impact of the pandemic on how certain sectors operate.

The campaign comes at a pivotal time for female-led businesses, as recent research commissioned by the bank in conjunction with YouGov shows that female entrepreneurs have been disproportionately impacted by the coronavirus pandemic, compared with men.
NatWest CEO Alison Rose authored the pivotal Rose Review into Female Entrepreneurship in 2018 with HM Treasury, with the report finding that a lack of visible and relatable role models is a major barrier for aspiring female start-ups[1]. NatWest aims to further tackle this challenge through this partnership, which sees over 1,200 licensable images created for use by brands and businesses globally via gettyimages.com.

The campaign is the latest of many female focussed initiative by the high street lender in the two years following the Rose Review’s launch; in January, the bank doubled its UK Female Entrepreneurship Funding to £2billion.

Margaret Jobling, chief marketing officer at NatWest, commented: “Providing funding and business support is central to how we support female-led businesses as a bank. But we know the issue is far broader than this, and that a lack of relatable role models is another barrier that needs to be overcome before women can picture themselves setting up a business.”
“Through this partnership with Getty Images, we want to encourage a more realistic and diverse portrayal of female business owners, workers and entrepreneurs in the UK, and hope that this is just the beginning of that transformation.”

The first women selected to take part, who were nominated by NatWest’s frontline staff, collaborated on the shoot and were photographed to represent their real day-to-day of running a business. Due to the authenticity of the shoots, those images created by female photographers will also be included in Getty Images’ #ShowUs collection; created in partnership with Dove and Girlgaze #ShowUs is the world’s largest stock photo library created by women and non-binary individuals to show women as they are, not as others believe they should be.

Jacqueline Bourke, Head of Creative Insights EMEA at Getty Images, explained: “We know people’s perceptions of what is possible are often shaped by what we see: offering representative imagery which portrays the diversity of female entrepreneurs – across age ranges, backgrounds and business sectors – can challenge stereotypes and empower women to create the futures they want for themselves. Getty Images is proud to partner with NatWest to create more authentic and diverse portrayals of entrepreneurship and calls on the advertising and editorial industries to broaden the portrayal of ‘entrepreneur’ to show women in the UK what is possible.”

The partners will continue to add images to the gallery with NatWest now opening the project up and asking the general public to nominate inspiring female business owners to be photographed and featured.

The next 15 women selected to take part in the campaign will receive 1:1 coaching sessions and business support from NatWest as well as a photoshoot with Getty Images in addition to being featured as part of the image gallery.

Margaret Jobling from NatWest continued: “This issue and campaign goes broader than just our own customers, so we’re asking for nominations for women to be photographed and featured in our next set of images. We’re looking for all female business founders who are championing entrepreneurship in their respective fields and communities.”

To mark the campaign, iStock, Getty Images’ sister site, is offering a discount code to support small business owners in connecting with their customers using images, videos and illustrations which authentically depict issues consumers care about. Discount code is “FemaleFocus” and is valid until 10 March*.

For more information on NatWest’s support for female entrepreneurs, and to nominate women to feature in the next series of shoots, click here.