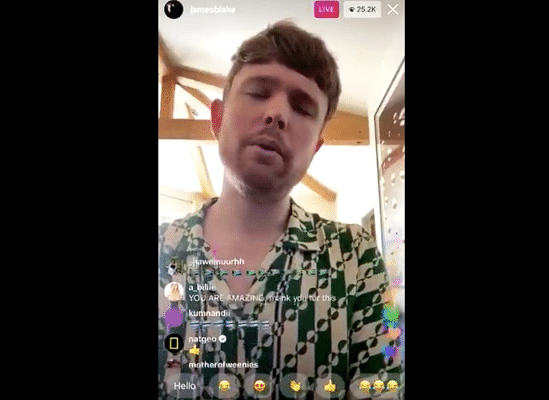 With the Tokyo Olympic games now postpones until 2021 due the Coronaviruus lockdown, interest in live streaming events increases, with three quarters of consumers now craving live streams of varying events, including music performances and sporting events, according to new research.

The findings from GlobalWebIndex also reveals that just 5% of consumers across the globe thought the Olympics should go ahead in the current situation anyway.

Interestingly 20% of consumers are interested in live-streamed theatre shows, with Millennials and the higher income group reporting the highest figures.

Age is a strong influencer when it comes to streaming across the board; almost 50% of Boomers aren’t interested in any live streaming, compared to around 20% of Gen Zs and Millennials. Interest in live-streamed music concerts drops in line with age, whereas Millennials lead the charge for sports live-streams at almost 50%.

Musicians, producers, and other cultural figures alike have been making use of their social media to satiate fans in isolation and lockdown. Charli XCX has been involved in a full week of programming for fans. Britney Spears also announced on Instagram that she was picking fans out “to help out during this difficult time”.

Yesterday, musician James Blake performed a series of live stream covers on Instagram Live. The impromptu show was announced by the musician on his Twitter: “Ok looks like we’re in this for the long haul so I’m jumping in… gotta play for you guys somehow,” he wrote.

Ok looks like we’re in this for the long haul so I’m jumping in… gotta play for you guys somehow.

The short set took place in Blake’s living room, but attracted a huge number of views on both live on Instagram and after on Twitter.

Jason Mander, Chief Research Officer at GlobalWebIndex states: “People are looking to these kind of events as their absence is so notable in day-to-day life, very few can remember anything like this happening before. It’s one of the main ways this period of self-isolation and social distancing can become more sustainable for many. Media owners need to think about all the events that they could broadcast – simply airing a few Premier League matches will leave many demographics no better off. Adding live sports and entertainment to the content on offer also invites a review of the media rights situation as access to these events demands greater flexibility in pricing models so less affluent demographics can also enjoy what they love.”

Insights from this latest report are free to access via GlobalWebIndex’s dedicated hub ‘Coronavirus research hub: the latest on global consumer impact‘.