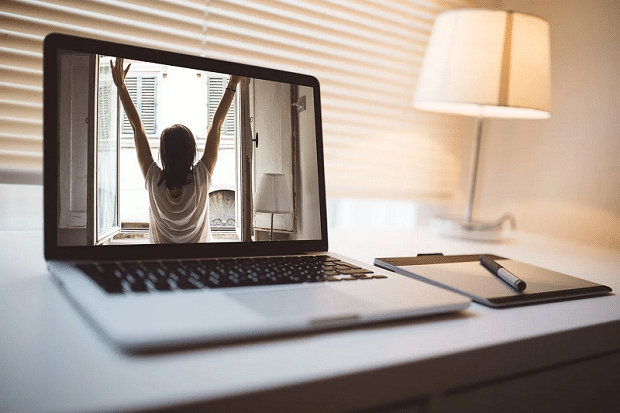 Demand for short films averaging 12 minutes is at an all-time high and increasing rapidly, with a growing number of the population confined to their homes due to coronavirus, according to new research.

Demand for short films averaging 12 minutes is at an all-time high and increasing rapidly, with a growing number of the population confined to their homes due to coronavirus, according to new research.

The study, from streaming platform Discover.film, found that since the start of March when coronavirus started to spread rapidly across the globe, Discover.film has seen a surge of 220% in viewership figures as the population look to short films whilst isolated at home

The outbreak of coronavirus has sparked a shift in the way viewers are watching content with a drastic increase in those watching its ‘feel good’ films.

The short film market is one of the fastest growing categories in the world of entertainment. The surge in new short film content is being matched by demand, as 64% of 13-17-year-olds and 60% of 18-36-year-olds are watching short form content online every week. With a large section of the population now spending so much time on the go, the generation dubbed ‘cord-cutters’ are turning to film that can be streamed on mobiles and other devices as opposed to mainstream TV.

The growing market for short films has led all the major players in the video streaming industry to commission their own quality short films – Netflix, Amazon Prime, YouTube, BBC, NowTV and many more are all commissioning short films for their platforms as they seek to fulfil the needs of their users. Globally 11% of investment in new video content is now on developing short form content.

Launched in October 2019, Discover.film has already amassed 150,000 subscribers from across 190 countries, making it the leading platform for short films in the entertainment industry. Companies such as Virgin, British Airways, Qatar Airways, American Airlines, Emirates, Air Canada, KLM, National Express, South Western Railway, London Northwestern, Transpennine Express and Eurostar, have all partnered with Discover.film over the last year as they plan to increase the volume of quality short form content on their on-board platforms and adapt to the evolving preferences of their passengers.

Discover.film showcases and nurtures the best filmmaking talent from around the world, working with over 7,000 filmmakers who have previously had no premium platforms to showcase their short films on a global scale. Films such as ‘The Black Hole’ which lasts just two and a half minutes and has amassed 25 million views, and ‘The Lion’, an award winning film which has attracted millions of views on the Discover.film platform, are demonstrating the quality of short films that are being produced and the rapidly increasing appetite for them.

Sarah Thomson, Co-founder of Discover.film said: “Whecn we founded Discover.film in 2016, we saw an opportunity to position ourselves at the forefront of what was then a very nascent industry. Three and a half years on, demand for short films is at an all-time high with almost two thirds of 15 to 36 year olds watching short form content online every week. Particularly in the heat of this global crisis with millions of people being confined to their homes, we’re experiencing huge global demand on our platform to watch ‘feel good’ films’.

“As the leading dedicated global platform for the distribution and curation of quality short films, it is great to see so many Hollywood stars turning to short films to use their creative license in a different style.

“The way people consume video content is changing with the number of ‘cord-cutters’ moving rapidly towards streaming content on the go and a huge proportion watching short content on mobile – we are meeting the audience needs as they accelerate away from traditional TV.

“Our platform has an unrivalled library of original content spanning a broad range of genres including real life, comedy, drama, sci-fi and horror, and is ideally suited to the ‘always on’ generation. We curate the highest quality short form entertainment to ensure that our audience is captivated from start to finish.”