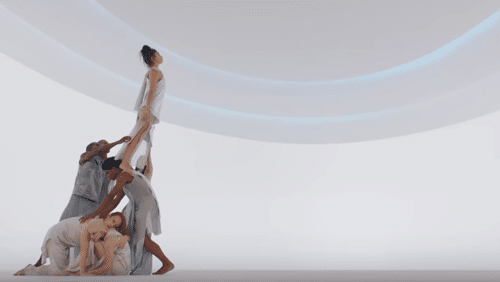 Globo, the largest Latin American producer of exclusive, multigenre and multiplatform content has released it's brand book to the public, in an online interactive format, outlining their updated brand values in a bid to be at the forefront of transparency among media brands.

Globo currently reaches over 100 million people on a daily basis through various platforms, and broadcasts in more than 175 countries. It has been named by Inc as one of the worlds fastest growing privately held companies for four consecutive years.

In response to the global transformation of how people identify and interact with media brands, and consume content across multiple devices and formats, Globo has evolved as a broadcast and content network. The brand book consolidates and brings together these changes into a singular place driven by a desire to be at the forefront of openness among media brands. Globo has a core belief in the importance of sharing knowledge and experience from its 53 years of operations and, at a time when media is facing important challenges, Globo believes that this transparency has become more crucial than ever.

Globo is part of a group of companies that create, produce and distribute quality content with the mission of informing, entertaining and contributing to education in Brazil. Globo currently reaches over 100 million people on a daily basis and on different platforms. Worldwide, in the past four decades, stories created and produced by Globo were broadcast in more than 175 countries, among telenovelas, series, documentaries and special programs. Recognized by the quality of its productions, the company has been awarded 16 International Emmys. Globo is the audience leader in Brazil television with programming including telenovelas, series, sports and news broadcast, and also on the web (Globo’s news, entertainment and sports websites lead their categories according to ComScore).

The energetic and interactive website sets out the brand values, personality, trajectory and brand guidelines, informing users how Globo acts and behave across a number of touchpoints. This includes its original content distributed in Brazil across open and pay TV, Internet and the VOD platform Globoplay as well as through marketing activity.

The exercise of creating the brand book also involved developing a new visual alphabet for Globo, creating unique insignia that represent the multiple elements of the Globo brand. These, along with the recognisable logo of the masterbrand, focus on the circle – a shape that also underlines the brand’s emphasis on motion and continual change. The rainbow of colours, also an important feature of the brand, are a nod to the Globo’s heritage and represents the diversity, plurality and tolerance as brand values.

The innovative design of the digital experience is specifically consumer-friendly and engaging to encourage people to learn more about the brand and how it communicates with them – from the overarching brand mission, to its use of social media and video content, to how illustration and text is used across all its output. The brand book features bold iconography, combining fluid 3D animation with live motion elements – aligning with Globo’s manifesto of: ‘Life is in motion, the world is in motion, you are in motion. And Globo is in motion to keep up with life, the world, and you.’

Sergio Valente, Director of Communications at Globo commented: “The launch of our brand book reinforces Globo’s mission as a progressive, inclusive and transparent content provider and network. It not only presents brand values and the conceptual and visual elements of the Globo brand identity, but also provides a unique communication between Globo and the public. All over the world, media brands have gone through a transformation – moving from a collection of channels to behaving and being recognised as a distinct brand. This has been driven in large part by the changing way people consume content – now watching multiple types of media and genres across multiple devices and formats. Globo has been active in evolving its brand with these changes and the launch of Globo’s brand book aims to bring those changes together in a singular place”.

The launch of the digital brand book coincides with the release of a new campaign film that underlines Globo’s values with a playful representation of a company with a creative force capable of incessantly renewing its own language.

Called ‘The tale of the brand’, the film presents a ballet of colors and shapes, with fluid movements and a soundtrack that transits between the contemporary and the memory of thousands of Brazilians. Adriano Goldman, the Brazilian BAFTA and Emmy award winning director and cinematographer whose credits include The Crown and Jane Eyre, served as director of photography on the film.

The institutional campaign film debuted on Globo channels from the 17th March 2019, and its frames and images will be part of a big on and off-line campaign, including press and OHH media and also digital communications pieces, created with spots of the film.

View the ‘making of’ film here: