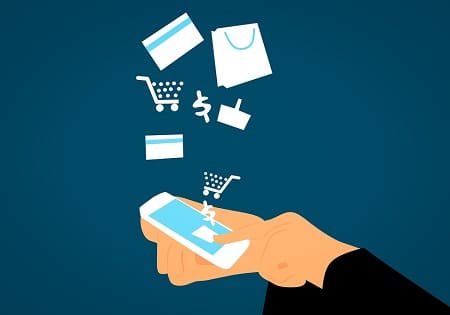 The decade ahead is one anticipated to be swept with technological disruption, as we are digitising every aspect of our day-to-day lives. The way we pay for things makes no exception. GlobalData, a leading data and analytics company has forecast which countries will most likely be the leaders in moving towards a truly cashless society.

Vlad Totia, Payments Analyst at GlobalData, explains: “E-commerce accounted for $3.5 trillion of worldwide sales in 2019, while smartphones are becoming ubiquitous even in the most underdeveloped countries. Banks are slowly closing down their brick-and-mortar branches in favor of going fully digital, and people in general are tired of waiting for days on end for international transactions to execute.

“All of these developments point towards one question: what is the point of cash anymore? While it can still have its uses, especially between banks, physical money costs a lot to store, transfer and produce. Most coins produced are less valuable than the material used to make them.”

As the world is moving towards this exciting future, GlobalData predicts which countries have the potential to be the cashless leaders of the decade ahead:

“Finland is, as of right now, the country most ready for the impending transition to a cashless society. It ranks second to Ireland in terms of frequency of use of cards, fifth in e-commerce spending as a percentage of gross domestic product (GDP), third in internet banking penetration and second in smartphone penetration for the 2022 forecast.

“As a country with a population of only 5.5 million, cash in Finland is increasingly irrelevant in both rural and urban areas. Although it is not taking as aggressive measures as Sweden in moving towards a fully digital economy, Finland does seem to be more cashless-ready at the moment.”

“Poised to be the first truly cashless society by 2023, Sweden sits fifth in GlobalData’s ranking. The only reason why the country is not ranking first is that despite the government’s very aggressive policies to rid the nation of cash, Finland, Norway and South Korea have slightly higher internet banking penetration or frequency of use of credit/debit cards.

“If there is any country with the potential to jump to first place within a couple of years and become a truly cashless society, it is Sweden.”

“China has gone through immense change in the past 30 years and the last decade has really cemented the Asian country as a serious contender to be the next dominant superpower.

“One area where it has seen extreme developments is the rapid adoption of mobile payments. One of the most popular ways to pay by phone is QR code scanning. This method has been successfully adopted by mainstream society, from Beijing to more rural areas such as Sichuan. One proof that China is rapidly moving towards a cashless society is its undisputed leading position in e-commerce, with spending accounting for 11.6% of the country’s GDP by 2022.

“The only reason why China is not higher in the ranking is due to its immense population, meaning that penetration and mainstream adoption of cashless methods take longer than in smaller countries. As of 2019, China recorded an estimated 80 billion cash transactions.”

“Even more so than China, South Korea is arguably the cashless champion of Asia. Although the Chinese adoption of cashless alternatives is much faster, South Korea already has most of the infrastructure in place nationwide. With roughly 6% of the country’s GDP being e-commerce spending and more than 100 transactions on average per card every year, South Korea is well on its way to remaining a top-three cashless country by 2022.

“More than half of the country’s 1,600 bank branches no longer accept cash deposits or withdrawals and a significant number of government institutions have gone fully cashless.”

“The UK, and specifically London, has really geared up its tech scene, and the digitization of money has not been left behind. Arguably the global capital for online banking, the UK is leading the charge in many fintech innovation areas. Mobile payments are not something new in the country, with more and more small merchants accepting card and mobile payments.

“The UK ranks number two globally for e-commerce as a percentage of GDP, being second only to China. The British have become very comfortable with taking out their phone or card to pay for even the most mundane daily purchases. At this rate, the UK should transition at the very least to a predominantly cashless society by the mid-2020s.”

“Australia sits in seventh place in terms of cashless readiness and it is seriously gearing up to digitize most of its economy. By 2022, the vast majority of the population should have at least one smartphone, while internet banking penetration is forecast to reach almost 70% of Australians. Open banking legislation has been slightly delayed by the government due to security reasons, but once the legislation comes into effect (expected around 2021), there should be many more alternative and digital payment methods available to the average consumer.”