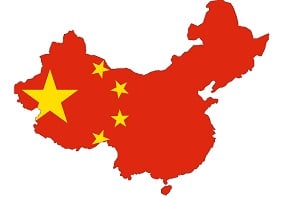 China has included the internet industry for the first time in a proposed revamp of its anti-monopoly laws, giving regulators the power to rein in the country’s increasingly dominant technology giants.

The changes to the Anti-Monopoly Law, published last week, included language that accords regulators responsibility to monitor the impact that internet companies have on the online sector, their scale and their ability to control products and services.

The overhaul also means any company found to have violated the law could be fined as much as 50 million yuan ($7.2 million), about 100 times the previous cap, according to the revised rules posted on the State Administration for Market Regulation’s website. The draft is currently open to public consultation.

China is home to some of the world’s largest corporations, from ecommerce giant Alibaba and Tencent to newcomers ByteDance (owners of TikTok).

A handful of players control swaths of online businesses from retail to social media, and their backing is often key to the success of newly emergent startups

JD.com Inc., for instance, has accused bigger rival Alibaba of unfairly locking in exclusive agreements with merchants, which Alibaba has denied.

In addition, Tencent’s WeChat dominates many aspects of daily Chinese life from payments to gaming, though upstart ByteDance has in recent years begun to eat into its advertising business through video service Douyin and news platform Toutiao.