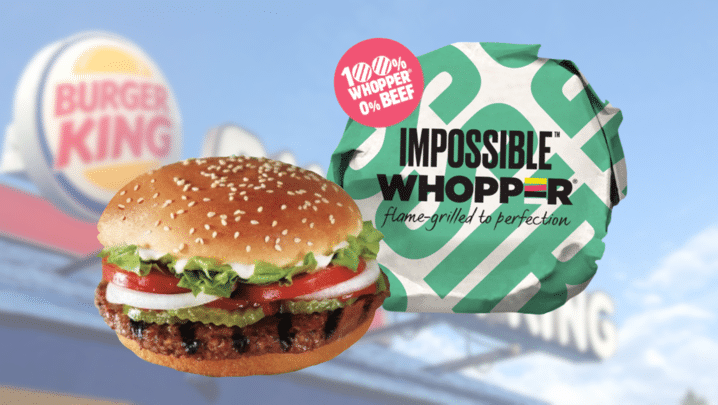 Burger King has been forced to stop showing adverts for its new Rebel Whopper burger after the Advertising Standards Authority (ASA) deemed them misleading.

Launched in January to coincide with Veganuary (in which people attempt to eat only vegan food for the whole month), the ads proclaimed the new burger to be the chain’s “first plant-based burger”.

However, while the Rebel Whopper may not contain any beef, it soon came to light that it is cooked on the same grill as its meat counterpart, which was spotted by Twitter users.

In reply to complaints on social media, Burger King claimed this was to preserve the Whopper’s “signature flame-grilled taste”.

The Advertising Standards Authority (ASA) said the chain’s claim that the burger is “100% Whopper, no beef” could be understood to mean it did not contain animal products.

Burger King said it had been “clear and transparent” in its marketing.

The Vegan Society said it was a “missed opportunity”.

“We communicated from the outset that the Rebel Whopper is aimed at a flexitarian audience,” the fast food chain said in a statement.
But the ASA found that Burger King’s social media posts about the Rebel Whopper gave the impression it could be eaten by vegans and vegetarians.

You asked and we listened. Introducing the Rebel Whopper, our first plant-based burger! 🍔 Pick up yours exclusively with the app on the 6th and 7th and then available as usual from the 8th. T&Cs apply. pic.twitter.com/uXaOFdZ5BX

“The green colour palette and the timing of the ad and product release to coincide with ‘Veganuary’ contributed further to the impression that the product was suitable for vegans and vegetarians,” the ASA said.

Some of the adverts included small print saying “cooked alongside meat products”.

But the ASA said: “We considered it was not sufficiently prominent to override the overall impression that the burger was suitable for vegetarians and vegans.”

When the burger was launched, the fast food chain said it was aimed at those who want to reduce their meat consumption.

Burger King told the ASA that it had been “clearly communicated” on social media and to journalists that the burger may not be suitable for vegetarians or vegans.

It also said that it had not included the “Vegetarian Butcher” logo in TV adverts because it was considered “potentially misleading”.
“Burger King explained that the product itself consisted of a 100% plant-based patty supplied by the Vegetarian Butcher and had no beef,” the ASA said.

“They added that a customer who did not want mayonnaise could have excluded that from their order.”