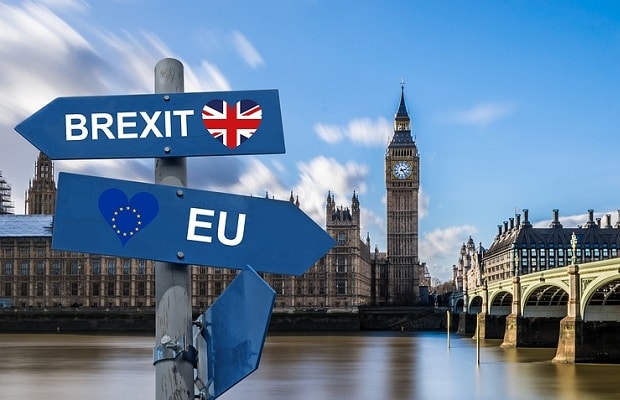 Despite an encouraging optimism in the UK tech industry, the impact of Brexit is causing the most concern for IT professionals, according to a new report.

The CWJobs Confidence Index. Looking into the current state of the industry, the UK’s leading tech job board found that despite almost nine in 10 (89%) having a positive outlook, over a third (38%) list the political landscape as their biggest concern for the industry, ahead of the state of the economy (27%) and losing talent abroad (26%).

However, tech professionals think the UK is currently in a strong position due to the skill set the industry has to hand (35%), the technology being produced (34%) and the UK’s status as an IT leader (29%). Survey respondents’ confidence in the industry is also reflected in their salary expectations, as around three-quarters (74%) expect an increase in next five years.

Meanwhile, when asked to consider the future of the industry, Brexit is still cited as a concern by over a third (36%), ahead of talent moving abroad (28%) and the state of the economy (28%). Confidence in the development of the industry is not as high with nearly one in five (18%) revealing they’re not confident about the years ahead, compared to just over one in 10 (11%) who have reservations about the state of the tech industry in the UK now. The political unrest is predicted to cause the biggest future concern for older generations (55+), with almost four in 10 (39%) placing this first, compared to over a quarter (27%) of 16-24-year olds doing the same. However, the development of technology being produced (36%) is generating the most optimism across all age groups for the evolution of the industry, ahead of skills (29%).

Dominic Harvey, Director at CWJobs said: “The UK’s tech workforce is clearly in a good place, with confidence high in the skills it has at its disposal and the technology it’s producing. However, that confidence is at risk from external factors, be that political or economic. While some things are out of the industry’s control, losing talent isn’t. This should act as a wake-up call for businesses to make themselves an attractive proposition that retains talent and keeps them competitive in the future.”

AI and cyber security key to the UK’s tech future

As the UK tech sector remains as competitive as ever, there is certainly a determination to deliver first-class innovation through developing products and services which will drive future change world-wide. The UK’s skill set is therefore generating the highest amount of confidence for tech professionals with cyber security (42%), general IT (33%) and cloud skills (31%) topping the charts as those seen to be most needed to succeed in the present tech industry. Deemed to only be in its infancy, tech professionals predict AI will become vital in the future with four in 10 (42%) believing it will be needed to succeed, just behind cyber security (44%). While AI and cyber security appeared in the top two specialities for tech workers across all ages, there were some differences between the different age groups on what completed the top three. For 16-24-year olds, virtual/augmented reality (29%) is a vital skill needed for the years ahead, whereas 35-44-year olds feel coding (24%) was important and the oldest generation (55+) chose the Internet of Things (38%).

Sometimes seen in a negative light, AI’s rise is being welcomed with just under four in five (78%) believing it will have a positive effect on the UK tech industry in the future and almost half (46%) of respondents thinking it will impact jobs positively. IT decision makers are more positive (48%) about the impact of AI on jobs, but crucially, workers are not far behind (45%). However, three in 10 (30%) think AI will impact jobs negatively, showing a significant portion is still fearful of the technology.

There is a stark difference in confidence between IT professionals in the private and public sectors, particularly in regard to future job prospects. The public sector could be in danger of losing huge amounts of talent, with more than four in five (83%) revealing they would consider leaving to join the private sector in the next five years.

Financial incentives are the biggest reason to switch sides, with over a third (36%) saying they would join a private company for more money, ahead of stability (16%) and more available roles (13%). Finding those roles is also considered much easier across the major UK tech hubs, with three-quarters (75%) in the public sector most confident in finding a tech job in London currently compared to more than four in five (81%) in the private sector. Manchester also shows an increase in those more confident in finding a private sector job (38%) in the city, ahead of the public sector (35%).

Harvey continued: “Tech professionals are clearly ready to embrace cyber security and AI, dispelling the big job fears usually associated with the latter technology. For businesses, in order to remain competitive in the future, they need to be investing in the technology and training that will aid these skills moving forward. For the public sector, this is a warning to up its game and make roles more appealing or risk losing a stream of talent to the private sector.”