Over two-thirds (68%) of Digital Intelligence readers believe remaining in the EU will be better for the UK and its digital industry, according to our reader survey published today. Tomorrow the UK will make the biggest political decision of its life, and one that will impact us for a generation or more. With less than […]

Over two-thirds (68%) of Digital Intelligence readers believe remaining in the EU will be better for the UK and its digital industry, according to our reader survey published today. Tomorrow the UK will make the biggest political decision of its life, and one that will impact us for a generation or more. With less than a day until the polls open for the UK’s historic vote on its EU membership, Digital Intelligence’ readers have given the pulse of the marketing industry, based on the impact a vote to leave will have on the country’s digital industry.
The clear majority (68%) felt that remaining in the EU will have the most positive effect on the UK’s digital marketing sector, with less than a third (31%) believing that withdrawing from the EU would be the best option. Reasons they cite were:
• A bigger export opportunity because of frictionless trade within the EU
• A bigger growth opportunity (particularly among the start-ups)
• A bigger pool of talent
• Confidence in the future
• Stronger opportunities for trading with the rest of the world because of the added muscle the EU brings to the global table for tax and tarrif negotiations
To share their thinking, Digital Intelligence has compiled 10 key reasons why remaining in the EU is the best option for the UK’s digital and marketing sectors.
1. As big as China and the USA: A golden opportunity for UK sellers large and small
For ecommerce companies looking to grow, the EU market is a huge. Mainland Europe has 342 million internet users. This means that UK online retailers have a chance to scale in a market which is comparable to the USA and China. 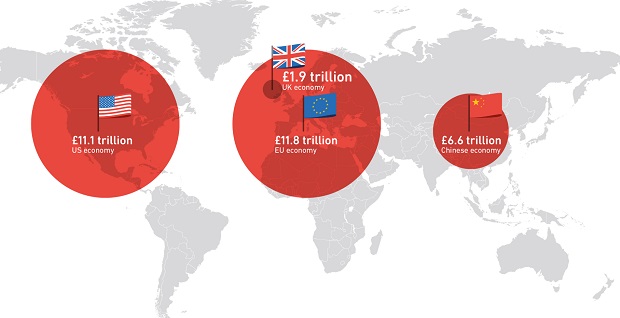 Britain already does well in Europe. The EU is Britain’s largest trading partner, with over 51% of British exports currently destined for its European partners. Britain’s media and marketing industry has always been a world leader, and being inside the EU gives preferential access to those markets. Digital production agencies, media agencies, creative shops and start-ups are all big winners.
There are also big risks if the UK leaves. Many multinationals set up their European headquarters in London, and the UK marketing industry disproportionately benefits from this. There is a multiplier effect on jobs, whereby for each client-side marketer there are several agency team partners. If the UK leaves then multinationals will be pressured by their shareholders to relocate, and to do that within the Eurozone as well as within the EU. People we spoke with echoed that a vote Leave “will be great for the Netherlands and Ireland, and not so great for Great Britain”.
The money the UK puts into the EU budget totals around £9bn a year, but is returned many times over in the form of tariff free trade on its £230bn imports and investments from overseas companies. For every pound put into the EU the UK is calculated to get nearly £10 back in trade and investment.
For perspective, this chart from 2014 shows how an average UK citizen’s tax money is spent, and how tiny the EU contribution is when compared to the UK’s spending on defense, pensions, welfare, health and even the UK’s own government administration. 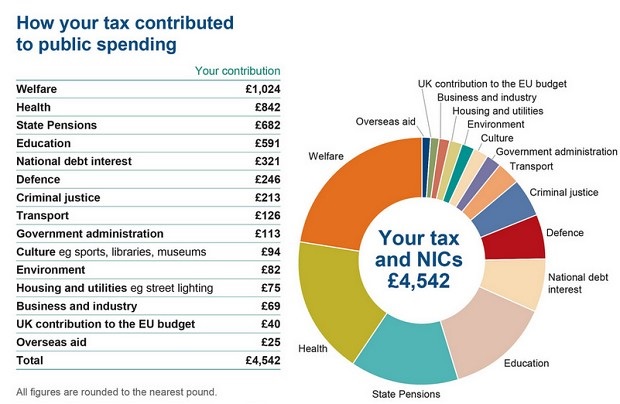 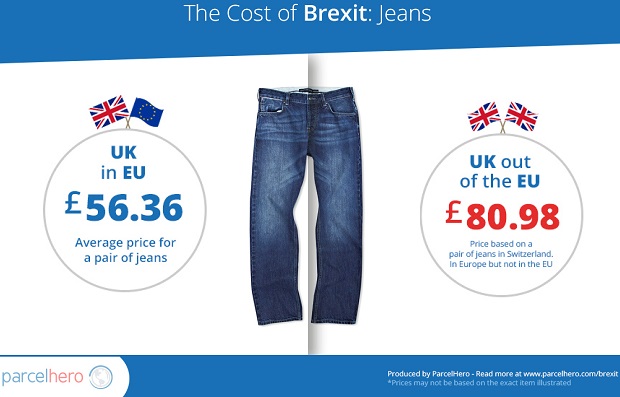