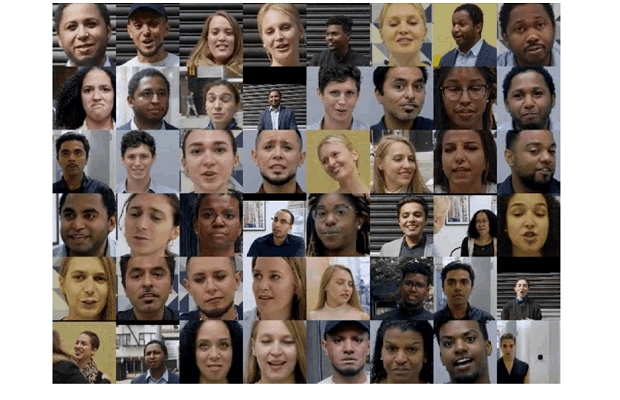 Deepfake videos use artificial intelligence to alter faces or to make people say things they never did.

The database includes 3,000 AI-generated videos that were made using various publicly available algorithms.

Over the past year, generative algorithms have become so good at synthesizing media that what they produce could soon become indistinguishable from reality.

Experts are now racing to find better methods for detecting these so-called deepfakes, especially with the 2020 US presidential election and a possible Uk General Election approaching.

The search giant hopes it will help researchers build the tools needed to take down “harmful” fake videos.

There are fears such videos could be used to promote false conspiracy theories and propaganda.

Deepfake videos look and sound so authentic, they could be used for highly convincing disinformation campaigns in the upcoming election campaigns. They could also cause countless issues for individuals like celebrities whose faces can be used to create fake pornographic videos that look authentic.

Google worked with 28 actors to record videos of them speaking, making common expressions, and doing mundane tasks. It then used publicly available deepfake algorithms to alter their faces.

Earlier this month, Facebook announced that it would be releasing a similar database near the end of the year. The news followed the release of a doctored video showing Facebook founder Mark Zuckerberg. In the clip, he appears to boast about his power over billions of people’s data. It’s clear that the voiceover is not Zuckerberg’s actual voice and his motions are stiff, but it shows what is possible and what it means for tech companies and leaders all over the world.

Away from the controversy, the practice of Deepfakes also has huge potential for the entertainment industry. One YouTube channel ‘Ctrl Shift Face’ has imposed David Bowie into Rick Astley’s hit ‘Never Gonna Give you Up’.

Another set of clips show US comedian and Actor Bill Hader ‘transform’ into other celebrities when he impersonates them.

In January, an academic team led by a researcher from the Technical University of Munich created one called FaceForensics++ by performing four common face manipulation methods on nearly 1,000 compiled YouTube videos. With each of these data sets, the idea is the same: to create a large corpus of examples that can help train and test automated detection tools.

In a blogpost, describing its work, Google said: “Since the field is moving quickly, we’ll add to this dataset as deepfake technology evolves over time and we’ll continue to work with partners in this space.

“We firmly believe in supporting a thriving research community around mitigating potential harms from misuses of synthetic media. While many are likely intended to be humorous, others could be harmful to individuals and society.”