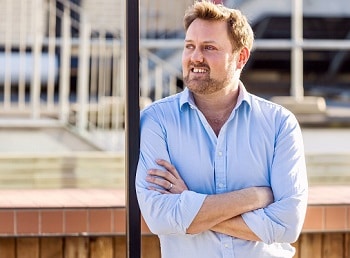 The culmination of an 18-month long investigation by the Digital, Culture, Media and Sport (DCMS) select committee is an 108 page report scrutinising Facebook’s responsibility in the spread of so-called ‘fake news’ and the violation of privacy laws. The uncompromising report leaves no stone unturned: including 170 written submissions and evidence from 73 witnesses asked more than 4,000 questions. Its analysis is comprehensive.

This latest report describing Facebook as a “digital gangster” is a further unwelcome blow to the tech giant. The proposed legislation promotes a more rigorous code of ethics and suggests the appointment of an independent regulator to provide greater protection for users’ rights. Transparency when it comes to user data and advertising has become an increasingly hot topic, with the public smarting up to the realities of mislabelled paid-for posts on social media and thinking about how brands target them.

So, what has Facebook’s response been to the findings of the report?“We have already made substantial changes so that every political ad on Facebook has to be authorised, state who is paying for it and then is stored in a searchable archive for seven years,” said a Facebook spokesperson.

A separate statement from its UK public policy manager, Karim Palant, confirmed Facebook had committed to investing in technology to detect harmful content and had tripled the size of its team actively monitoring for “bad content”.

While these actions are to be commended, they are not enough alone to tip the balance. Non-political content and advertising also need close monitoring. Brands and consumers using Instagram need greater protection against fake engagements and misleading content. Harmful content and privacy laws will continue to pose problems – for example the live streaming of sensitive content during the recent Christchurch terrorist attack.

By virtue of its sheer size, Facebook is understandably a challenging space to regulate. However, more significant progress can be made if all the platforms, and the businesses and individuals operating on them, assume a collective responsibility.

Brands and agencies are striving to create marketing campaigns that are authentic and transparent. These characteristics are especially vital when it comes to producing compelling and trustworthy influencer content. Ultimately, these guiding principles will give brands and agencies the best chance of achieving their goals whether that is driving increased sales or growing brand awareness.

The Government’s proposed regulation and the industry response will focus attention even more on the pursuit for authentic and transparent social media marketing.As one of the first-movers in the influencer marketing space, we have built a close working relationship with market regulators to ensure we are respecting the guidelines in place. Our approach to achieving this combines a mix of human and artificial interaction to monitor, detect and address any fraudulent activity as soon as possible – for example fake engagements produced by ‘bots’ and inadequately labelled sponsored posts.

Direct-to-brand influencer marketing is a more challenging prospect to regulate, but all bodies working in the industry must abide to the highest and strictest of standards for the sake of the advertiser and consumers, as well as themselves – transgressors face a potential fine from the ASA.

It’s now time for the industry to follow up on Facebook’s expression of good intentions and act to implement transparent, ethical social media marketing campaigns.