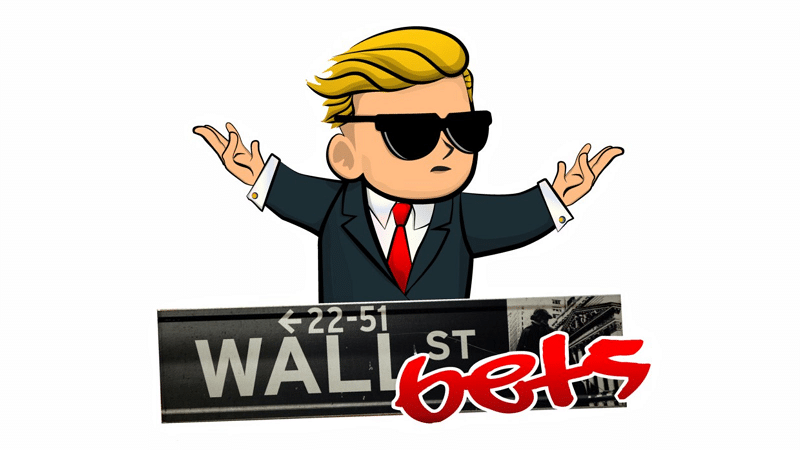 US financial regulators are examining the influence of social media forums on stock markets as amateur investors demonstrated their power this week.

Users of a chat forum on Reddit became an online rallying spot for those urging its 4.7 million users to buy and hold GameStop shares, punishing short sellers by sending prices soaring.

The move led to stock trading apps Robinhood and Interactive Brokers to restrict trading in GameStop stocks, which dealt a blow to the Reddit investors.

The stay-at-home message demanded of people during the coronavirus crisis, coupled with rock bottom interest rates, has inspired millions to seek out new ways to make their money work better for them. It has seen the likes of online trading platforms such as Robinhood and Trading212 become immensely popular.

US gaming retailer GameStop, which has been closing stores at pace in recent years because of weak sales, became a target for investor actrivism, as the Reddit Chat forum, a subreddit called Wallstreetbets, piling into a stock in a co-ordinated way, to created value for themselves against market norms. Wallstreetbets alone is understood to have more than four million members.

Its shares were up by 1,744% in the year to date – with a market value above $20bn – at the close of trading on Wednesday night.

The staggering leap represents a victory for people at the expense of powerful hedge fund short-sellers, those betting the share price will fall.

The shorters have since been selling other stocks to recover their losses, with those trades being blamed for unusual falls in US stock markets this week.

The company’s own announcements have been seen to have played no role in the meteoric rise in its stock. The value surge has not been restricted to Gamestop but the risks of such activity became apparent after trading resumed on Thursday.

Gamestop shares, and those of other firms including BlackBerry and AMC Entertainment, fell by more than 30% after it emerged that Reddit had temporarily closed the Wallstreetbets chat room.

Discussion within it is widely seen by market analysts as the catalyst for the activist movement.

As concerns grow over a surge in retail investor activism, the Securities and Exchange Commission said it was working with other watchdogs to “assess the situation and review the activities of regulated entities, financial intermediaries, and other market participants”.

The action reflects widespread worries over the functioning of financial markets, with the trading activity by amateur members of the public – known as retail investors – spreading globally including to the UK.

Retail investors and celebrities denounced the restrictions, accusing the trading platforms of seeking to protect Wall Street’s interests at the expense of smaller investors.

In response to the controversy, the former Daily Show host Jon Stweart praised the group of investors on Reddit for taking on Wall Street.

This is bullshit. The Redditors aren't cheating, they're joining a party Wall Street insiders have been enjoying for years. Don't shut them down…maybe sue them for copyright infringement instead!!
We've learned nothing from 2008.
Love
StewBeef

Reddit said it had not been contacted by any authorities in relation to users’ behaviour.