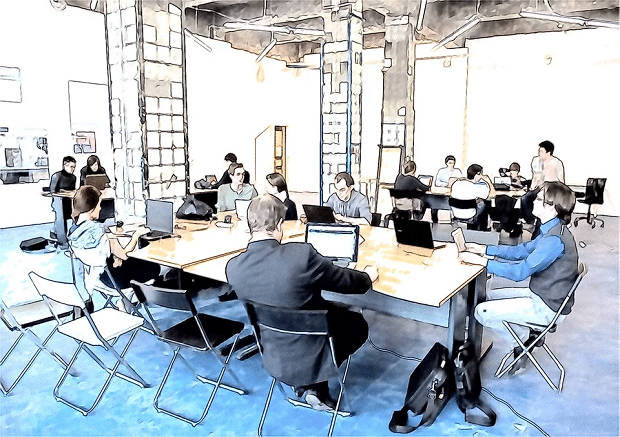 The data, from Fujitsu underlines that extensive workforce transformation has been a key process for almost three in four firms (72%) that have “significantly exceeded” their strategic objectives in the last three years. A new study1 undertaken for Fujitsu and Citrix confirms that despite employee resistance to change being the biggest single barrier to workforce transformation (38%), the most common benefits are higher salaries, retraining and technology upgrades.

New research by The Economist Intelligence Unit (EIU) defines workforce transformation as a “significant and deliberate change to the nature of your company’s employee base and the way in which it is deployed” and notes that this process “might include extensive retraining of staff, introducing new work and management styles, and changing the way in which your organisation hires its employees”.

Findings revealed today by Fujitsu underline that investing in the right technology is ahead even of people reskilling as the most-common initiative for workforce transformation, cited by some 83% of companies. In equal second place are increased salaries and initiatives to improve the digital skills of a workforce – with 77% of firms taking these steps to boost skills and productivity.

Nerys Mutlow, Head of Consulting & Professional Services and Head of Future Workplace Services at Fujitsu says: “One of the strongest findings from The Economist Intelligence Unit study is that three in four firms agreed or strongly agreed that workforce and technology transformation share common objectives – as employers look for increased digital and high-value skills. When you take into account the higher salaries, additional training and better technology that employees enjoy, post workforce transformation, there are compelling reasons for workforce transformation both for an employer, and an employee.”

Pete Swabey, EMEA editorial director for thought leadership at The Economist Intelligence Unit, says: “The study suggests that, rather than being an either/or choice for businesses, investments in technology and employees go hand in hand. The primary driver for workforce transformation, it also shows, is the need to improve the skills base available to organisations.”

According to data gathered by the EIU among firms which believe they have “transformed extensively”, two in five needed to make “considerable” upgrades to their existing technology infrastructures to succeed. Behind new technology adoption (56%), skills training and development (54%) was the second most-popular measure.

However, there is still some way to go. The study found that companies in North America are furthest ahead with workplace transformation, with 68% saying they have “significantly transformed”, compared with just 36% in Japan, while Europe (26%) and Australia/New Zealand (22%) trail behind.

Transformation comes with a price – with respondents citing one-off cost as the biggest single factor (81%), followed by increased employment costs (76%) and increased organizational complexity (75%). Fujitsu expects a reduction in resistance to transformation, since almost four in five (79%) of respondents also agreeing this will accelerate in the next three years.

Nerys Mutlow at Fujitsu adds: “Increasingly, it is ‘now or never’ for companies to embrace workplace and workforce transformation or get sidelined. This is where Fujitsu is a leader – in terms of helping companies to understand, plan, design and implement human centric workforce transformation. As we can clearly see from the results of this independent study, companies that have made the leap are delighted with the results.

This means those that have not implemented workplace transformation are going to find it increasingly harder and harder to attract and retain the right caliber workforce needed for the business challenges they face in today’s market.”