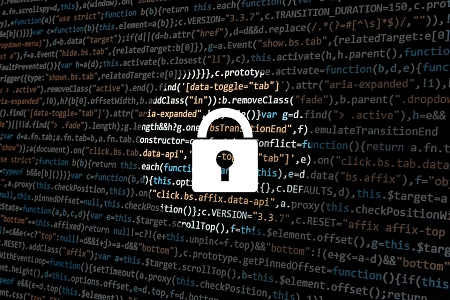 A new, in-depth piece of research conducted amongst UK CIOs and senior IT professionals has revealed that the cybersecurity skills gap has reached a crisis point.

British businesses are on the back foot in the ongoing war against online fraud and cybercrime and another recent industry study estimates that cyber-crimes cost UK businesses £2.3million per minute in 2018.

The study from digital resilience experts RedSeal, unearths major concerns about business’ ability to develop, attract and retain new talent with the right skillset to stand up against an ever growing threat landscape. Generation Z are growing up as digital natives – with new options for coding classes from a young age. Universities need to follow this through and place an emphasis on up-skilling the next generation.

An enormous 87% of CIOs and senior IT pros reported that they are struggling to find cybersecurity pros with the expertise needed to combat serious and organised online crime. Almost three quarters (73%) went on to say that uncertainty around Brexit is a MASSIVE concern when it comes to hiring security professionals from outside the UK.

An overwhelming 95% said that Brexit will widen the current skills gap, since many IT security professionals currently within British business are from outside the UK, mostly due to the lack of advanced cybersecurity education provided locally. There’s nowhere near enough homegrown talent, with the top experts coming from Europe and Israel, where individuals are still being conscripted to cope with cyber warfare!

It has been just over a year since Parliament’s Joint Committee on the National Security Strategy, a cross-party group that works across both the Commons and Lords, published a report exposing the UK’s chronic lack of digital skills, even within some of its own security agencies.

Published in July 2018, the report revealed that ‘although the UK has one of the most vibrant digital economies in the world, there is not currently the cyber security skills base to match, with both the Government and private sector affected by the shortage in skills.’ At the time, authors of the report – titled Cyber Security Skills and the UK’s Critical National Infrastructure – voiced huge concerns around the Government’s lack of urgency in addressing the cybersecurity skills gap in relation to Critical National Infrastructure, yet still, nothing has been done to address this.

Shockingly, yet somewhat unsurprisingly, cybercrime and its impact on UK business continues to grow. In fact, a staggering 81% report that they have suffered a cybersecurity breach in the last 12 months. The lack of skills has also contributed to a lack of proper response planning and almost half (40%) of senior IT pros state that their business doesn’t even have a plan in place to respond to a security breach.

RedSeal is urging the UK government to create a more robust education policy that will deliver the skills needed in the future. Joining us over ISDN or in-studio to discuss the dire need for change are: Dr Mike Lloyd, CTO at RedSeal and expert in the study of the spread of malware and Professor Peter Komisarczuk, Head of Department Information Security at Royal Holloway University of London.