Vivaldi browser partners DuckDuckGo search to ‘take your privacy back’ 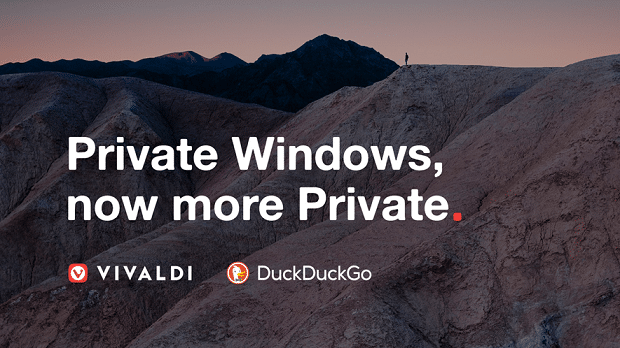 Vivaldi has become the first browser to enable DuckDuckGo as the default search engine in its Private Windows.

Opening a Private Window in Vivaldi allows users to browse in a more secure way. This means sites visited, cookies and temporary files will not be stored.

When users open a Private Window in the latest version of Vivaldi, they will find DuckDuckGo as their default search engine, unlike in other browsers. They can now enjoy seamless browsing in a private mode while also keeping their searches private. With this integration, Vivaldi continues to put the privacy of its users first as one of its highest priorities. It does not track or gather any private information of its users.

“We believe privacy is a fundamental right and that users should not be tracked online or offline,” says Jon von Tetzchner, CEO of Vivaldi Technologies.

A recent DuckDuckGo survey illustrates how privacy is becoming a mainstream concern in the U.S. with 24% of U.S. adults taking significant action to protect their online privacy. 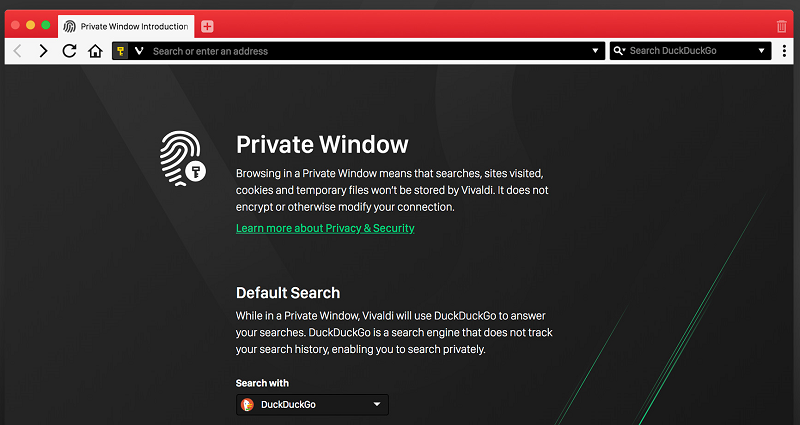 “The current climate demands a thriving internet – not an internet with increased surveillance and security breaches. There has been a widespread concern amongst users about their data being shared. More than ever, there is an immediate need to protect our privacy. We are proud to join hands with DuckDuckGo and provide solutions in Vivaldi that respect users’ privacy,” says Jon von Tetzchner.

Unlike other search engines, DuckDuckGo does not collect or share personal data of its users.

“A lot of people think their searches aren’t tracked in private browsing modes. Unfortunately, that’s not true,” said Gabriel Weinberg, CEO & Founder of DuckDuckGo. “This new integration with Vivaldi enables people to get the privacy they expect and deserve in that mode.”