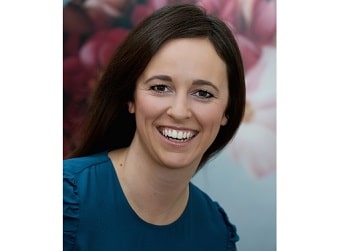 Kirsty spent 10 years at CNN, rising to the role of Account Director, leading a team dedicated to delivering creative, cross-platform, global solutions to clients and agencies, and driving revenue across the UK, Netherlands and Scandinavia. During her career, Kirsty has previously volunteered for the IAA – alongside being a member of the Activities and Social Committees, Kirsty also held the role of VP of the Young Professionals Committee, assisting with the organisation of PAC for eight years, the IAA’s highly regarded residential training course.

“I have always been strongly committed to the IAA and its mission to promote the importance of advertising, and build and maintain a first-class, international network of advertisers, media owners, and agencies,” Kirsty commented. “I really appreciate the time and effort that all our volunteers dedicate to the IAA, on top of the demands of their day-to-day roles. I’m really looking forward to working with such a passionate team of experts and making my own contribution to such a pivotal organisation in the international advertising industry.”

Fredrik Borestrom, the President of the IAA UK Chapter, and Agency Development Partner at LinkedIn, said, “We are excited to welcome Kirsty to the IAA’s leadership team and – with her extensive experience and zeal for the industry – she will be instrumental in driving the IAA’s objectives. Equally, we would like to thank Angus for nearly two decades of service; his contribution to the IAA has been invaluable and he will be sorely missed.”

In her new role, Giordani will oversee events, grow membership, develop partnerships and sponsorships, and work to encourage collaboration with other industry trade organisations.