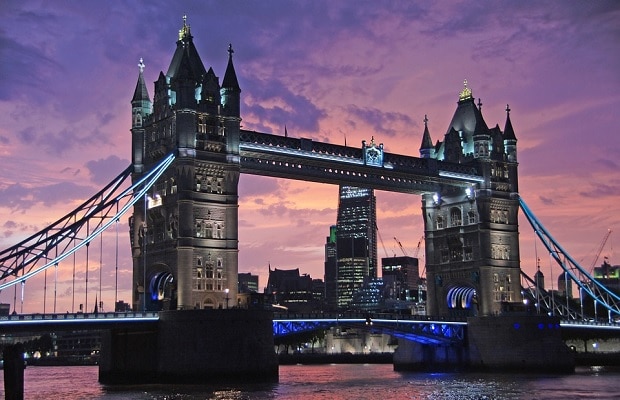 London continues to be a major draw for international technology workers, ahead of Berlin, Amsterdam, Paris and Barcelona, according to new research.

The data, compiled by LinkedIn and Stack Overflow for London & Partners, the Mayor of London’s promotional agency, found that London remained the top choice for both European and global tech professionals looking to live and work outside of their own country.

Analysis of LinkedIn’s members based in the EU revealed that London was the number one city for European tech talent moving for work, with London welcoming more EU tech workers than any other European city last year. London’s thriving tech sector and cultural vibrancy has also helped to attract tech workers from countries outside of Europe, with the data showing that London was the most attractive European tech hub for international tech talent from outside of the EU in 2017.

Separate research by Stack Overflow, the world’s largest developer community, shows that London is home to more software developers than any other European city, with over 250,000 workers across the capital2. Based on fresh analysis of Stack Overflow’s 50 million monthly users, London is the top European hub for professional developers, followed by Paris, Madrid and Berlin.

The Mayor of London, Sadiq Khan, said: “London is the tech capital of Europe and home to some of the best tech and creative minds from across the world. Global tech companies such as Amazon, Apple, Facebook and Google continue to invest in London because of our city’s diverse international tech workforce, and our start-up ecosystem is vibrant and innovative.

That’s why it’s vital that London’s tech businesses continue to have unrestricted access to the best tech talent from Europe and the rest of the world. The best way to do this is for London and the UK to remain part of the Single Market and Customs Union, and I will continue to lobby the Government on this in order to protect our status as a global tech hub, while also investing in homegrown talent to ensure that young Londoners share in the benefits of digital growth.”

Joshua Graff, Head of LinkedIn UK added: “Since the Brexit result we’ve regularly analysed our data to help companies understand how it may impact their business as it relates to talent. It’s clear that within the technology sector, London remains an incredibly attractive place for people to further their careers, develop new skills and find employment. We continue to encourage businesses to speak-up about why it’s so important for companies to continue being able to seamlessly access skilled professionals from around the world. It’s this diversity that helps British businesses thrive.”

Natalia Radcliffe-Brine, Regional Director at Stack Overflow added: “London remains a leading destination for global developer talent to build their careers. Our data shows that London’s developer community is by far the largest of any European city, offering a major attraction to global enterprises and the innovative startups pioneering cutting-edge technologies.”

London’s world-class tech talent pool is attracting long-term investment from some of the world’s largest technology companies. Facebook recently announced it will create an extra 800 jobs for its new London office this year, citing the city’s ‘flourishing entrepreneurial ecosystem’ and ‘international reputation for engineering excellence’. Online music streaming service, Spotify also announced it will expand its R&D operation in London and double its developer headcount, pointing to London’s ‘vibrant start-up community’ and ‘wealth of great tech talent’ as reasons to invest.

Last year, Amazon revealed plans to increase its R&D staff in London from 450 to 900 tech roles as it opened its new UK headquarters in Shoreditch. This was followed by the news that Google has started work on its new London Headquarters, set to house up to 7,000 employees. Meanwhile, Apple will also open a new London headquarters in 2021 for its 1,400 London based staff.

The global appeal of London’s tech hub was further boosted by the news that 2017 was a record year for venture capital investment into the city’s tech businesses, with London tech companies receiving £2.45 billion of the total £2.99 billion invested in tech companies across the UK. According to London & Partners data, global investors also put more VC money into London than any other European tech hub. 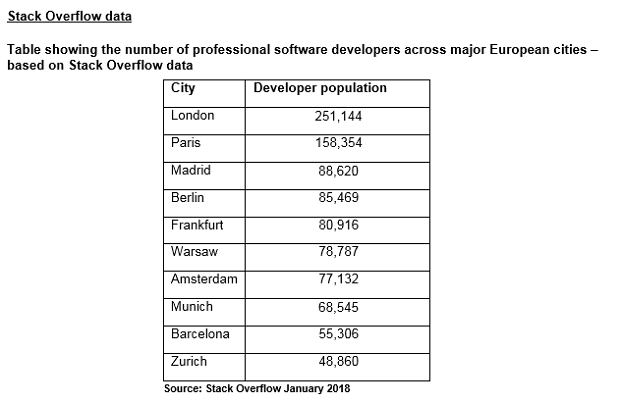