A third of workers spend more than half their working day away from their desk, but most still think they do their best work in the office, according to new research.

The study, from voice services and analytics company Dubber, looked into how prevalent mobile working is in the UK, and how well supported workers are to maximise productivity when away from their desk.

The survey of more than 2,000 service sector employers and employees found that a third of these workers spend more than four hours away from their desk during their working day.

Eighteen percent are away from it for eight hours or more, indicating that, for many, their role is completely mobile. A tenth of all workers (11%) do the majority of their business calls on the move, while a quarter (26%) make more than five business calls a week while mobile.

On average, 13% of UK service sector workers spend more than two hours a day commuting to work, while 46% spend more than an hour doing so. For most, this is ‘dead time’, with 46% indicating that this time is completely unproductive, and a further 31% stating they are productive for less than half the time they spend commuting.

James Slaney, General Manager and Co-Founder of Dubber commented, “Online interactions clearly dominate today’s communication landscape, but for an increasingly mobile workforce, regular communications with colleagues, suppliers and customers are dependent on more traditional methods such as phone calls. The proliferation of email, messaging and other text based communication channels is in direct correlation to the kind of records and audit trails that they facilitate; enabling complete transparency and limiting miscommunication.”

When asked what tools would make their job easier on the move, better mobile network coverage (48%) was the top of the UK workforce’s wish list, along with better phone battery life (38%), indicating that advances in mobile networks and devices are still not where they need to be to facilitate optimum mobile working. Respondents also identified better scheduling tools (37%), and call recording/transcription services (29%) as tools that could make their lives easier.

Sixty three per cent of service sector professionals still believe they do their best work in the office, while 31% believe they are most productive at home. Meanwhile, a third (34%) agreed that important details had been missed on phone calls, leading to misunderstanding or miscommunication with colleagues, suppliers and customers.

Slaney added, “The ability to work anywhere is obviously advantageous and a necessary component of modern work life, but it remains challenging when information is poorly recorded and crucial details missed when workers have phone conversations. Phone calls are often reserved for the important stuff; for the decision that needs to be made, for the question that we want answering urgently. We pick up the phone when we just need to get things done.”

The survey asked an open ended question to respondents to discover what they could envisage using call recording services for, the results of which are included in the following word cloud. Sixty six percent of respondents felt they would gain some benefit from call recording services, with some of the key themes mentioned including taking better notes from calls to refer back to, making better decisions, providing better services, and better time management. 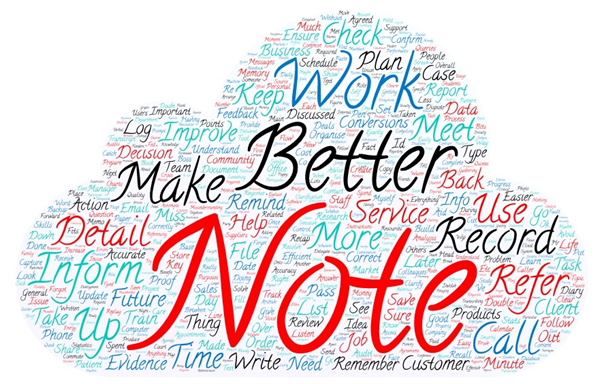 Slaney concluded, “When phone calls can be recorded and the information gathered on them digested in the same way we process emails, we will see a resurgence in the number of calls made in the workplace.

Once only provided as an always-on service deployed for regulatory compliance or contact centres, now businesses can choose from a range of call recording options and capture their calls at the touch of a button.

“Advances in cloud computing and digital transformation mean that phone calls will better retain their value to businesses and advances in speech intelligence technology will allow businesses to unlock their priceless data. For the multi-tasking, mobile working Brit, the ability to make better use of the information gathered through phone calls gives peace of mind so that miscommunication and misunderstandings will be a thing of the past.”

The survey, commissioned by Dubber, was carried out by Morar Consulting, and gathered responses from 2,036 respondents who identified as working in professional services.