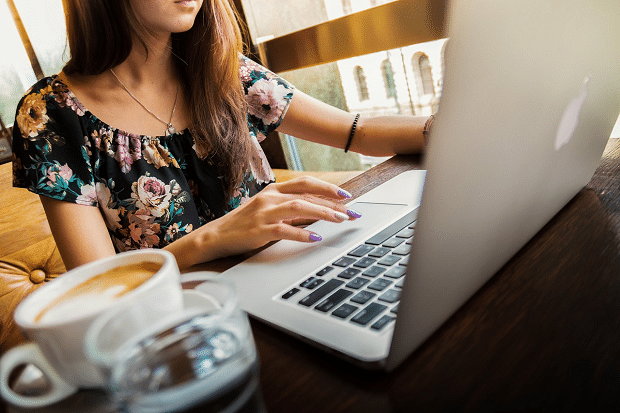 A new report produced by Lancaster University’s Work Foundation and commissioned by Citrix, highlights the complex and often strained relationship between productivity, technology and work.

Despite the march of digital transformation, one in four (24%) UK managers questioned for this report believe their organisation is not technologically ‘forward thinking’. With Britain’s productivity slowdown the largest of the G7 economies since the recession, over three in five (63%) of knowledge workers polled believe they are no more productive today than they were three years ago, with 17% even claiming to be less industrious.

Tapping into the UK’s wider productivity challenge and despite the march of digital transformation, the report has found:

The paper – ‘Productivity, technology & working anywhere’ – shows an undeniably positive link between correctly-implemented technology and workplace productivity. However this progress can soon by marred by poor business planning, a lack of innovation, outdated IT and low uptake of flexible working cultures. The research is supported with survey responses from 1,000 knowledge workers and 500 managerial level employees within medium and large organisations across the UK.

The Work Foundation hosted in-depth interviews with academics, private business leaders and the public sector to glean insights around the theme of productivity, access to technology and the role it plays in supporting job performance. The report outline key recommendations for UK businesses to address this challenge – calling out the importance of fostering innovation and boosting ‘intrapreneurship’; defined as encouraging those within a business that are comfortable with experimenting and taking risks to solve problems to step forward and take the lead.

Productivity stagnating despite evolution of technology

However, any old IT won’t cut it. It is clear that up-to-date, fast and performing technology is required to make the difference between enhanced productivity and inefficiency. One respondent cited: “[My technology at work is] always slow, not up-to-date, unreliable, it’s rubbish – I lose a day because my laptop is so old. Another stated: “It breaks down a lot, it’s buggy [and] slow, it needs updating [and] the system crashes frequently.”

Over a third (36%) of all respondents have seen their offices merged or downsized since they’ve been in their roles, with workers stating that ‘hot-desking’ (45%) and remote / flexible working (24%) were two alternatives commonly put forward in light of these changes.

Despite these moves – and previous research indicating that 2017 was set to be the ‘tipping point’ for mobile working – seven in 10 (71%) of workers who are based in an office location claimed they are still not given the opportunity to work remotely or away from their usual workplace. Less than one in 10 (8%) workers believe remote and flexible working is ‘actively encouraged’ by their organisation and measured though outcomes and outputs of staff, and almost a third (32%) of workers also claim their organisation still restricts flexible working to certain job roles and levels.

One in three (34%) managers – who stated their organisation is currently downsizing/merging physical office space – admitted they believe future of work practices such as flexible working and hot-desking will actually worsen productivity levels at their workplace. Further, nearly one in four (23%) managers, whose organisation offers remote / flexible working or across sites, also admitted thinking that those who work away from HQ or the main office are less productive than their HQ-based counterparts.

Working on a solution

The report outlined four key recommendations for businesses seeking to build more uniform practices in a bid to tackle the productivity dilemma:

Michelle Senecal de Fonseca, Area Vice President, Northern Europe at Citrix, said: “We have to tackle business culture once and for all, embracing the multitude of technologies available today to improve productivity. We need to encourage collaboration, engage the workforce, finally clasp the working anywhere culture and – most of all – support internal innovation or ‘intrapreneurs’, who are brave enough to drive such change. Combine this with strong leadership and willingness to take risks, and we have the perfect recipe to truly accelerate the UK into the business stratosphere.

“As we move away from the traditional workplace, we have significant work to do to unite workforces across the country, having seemingly taking a backwards step in terms of repositioning work as something we do, not somewhere we go – and this has resulted in clear implications on our gross national output.

“Leaders must go back to basics, reviewing their ‘people, processes and technology’. The key is to place an emphasis on how the benefits of technology can redefine people’s job roles for the better. Workers and managers are ready to go and it is there for the taking – we have to get this right. ”

“The UK’s productivity slowdown has been the largest in the G7 group of leading economies since the recession. We simply have to embrace the potential of digital technology – combined with the right training, culture and leadership to ensure it’s utilised to its full potential.

“Everyone should be able to benefit from developments in technology, working practices and feel supported and engaged to perform at their best. However employers need to be mindful about the ways in which they integrate technology into processes and the effects this has on individuals and their roles – it is not about removing low value jobs but low value tasks, to create more good jobs.

“This needs to be combined with strategies to allow employees space and time to experiment with new ways of doing things and to learn as much from making mistakes as from what goes well. As we’ve highlighted, there is no time to waste.”

The research was conducted by a team at The Work Foundation including: Lesley Giles, Helen Sheldon, David Shoesmith and Cicely Dudley with valuable input from other colleagues. The Work Foundation has retained final editorial control over the methodology, analysis and reporting.

The survey research was conducted by OnePoll, with 1,000 employees and 500 managerial-level employees (excluding those in manual labour) aged over 18, surveyed at companies employing over 250 staff across the UK between 3rd – 12th October 2017.