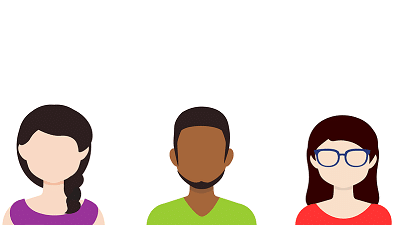 The number of jobs advertised in the technology sector grew by 12 per cent last year as hiring managers continue to increase spending on new recruits and fight to secure the best talent, according to new data from Reed Technology.

This means that as the number of technology jobs posted grows at one of the fastest rates across UK industries there will be a race for the best talent, driving up salaries. Only engineering showed a larger increase in new jobs posted.

The data from Reed Technology highlights that roles for candidates who have in-demand skillsets frequently saw the biggest increases. Advertised roles for java developers experienced a 9 per cent hike in salary since last year. This was followed by a 7 per cent increase for BI developers, business analysts and desktop support staff. Meanwhile, network engineers received a 6 per cent jump in their pay.

Andy Gardner, Senior Divisional Director of Reed Technology, says: “In 2016 there was £6.8 billion venture capital and private equity investment in UK tech – 50 per cent higher than any other European country*, and, as investment continues to grow, and the UK makes a name for itself as a tech heartland, companies want to recruit the best talent to do the highest quality work. As a result, hiring managers are asking their boards to commit more money towards recruitment of new staff, and that is reflected in the advertised salaries.

“What this data shows is that, during 2018, those companies which are struggling to attract the right talent will need be ready to increase the salaries they offer.”

Technology workers in West Midlands have felt the most benefit with the biggest overall salary rise of 3.4 per cent, significantly more than the East Midlands (2.1 per cent), which experienced the second highest increase, and the national average for the sector of 1.6 per cent.

Andy Gardner continues: “Technology is in the privileged position of spearheading the ‘fourth industrial revolution’ and those within it are perfectly positioned to secure long and satisfying careers for themselves.

“The AI and robotics revolution will be front and centre of the work that is completed within tech in the coming years. Within the UK tech industry there is a climate of innovation and candidates know that where there is change there is always opportunity.

“Many companies are looking to invest in people with the skills needed to influence and adapt to this new order. However, tech professionals that truly thrive cannot merely be skilled analysts and developers. They will need to focus upon business partnering and developing their commercial value to a company by having the ability to give strong commercial advice from a financial perspective. Add this to strong people management skills and rounded candidates will be in great demand in 2018 and beyond.”