Top 3 business hubs for start-ups (spoiler: they’re not in London) 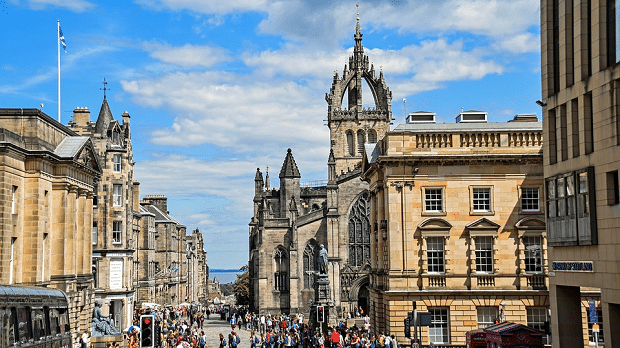 Edinburgh ranks well above London as the best place for start-ups and freelancers, followed by Leeds and Manchester, according to new research.

With the number of new start-ups in the UK hitting record highs in 2017, now more than ever is a key time for entrepreneurs looking to find the most cost-effective locations for their new business ideas.

A recent study by MoneySuperMarket has revealed the UK’s Best Business Hubs for Start-ups looking for the most efficient options for their business’ development, covering all areas from freelancers to smaller businesses looking for coworking spaces.

The Top 3 Business Hubs include:

Starting out on your own can be difficult, and it can be hard to know where to begin. As each day passes more and more entrepreneurs seek to carve out their own future, taking on all the challenges and risks that come with following your dreams. To help these entrepreneurs hit the ground running, leading price comparison website MoneySuperMarket has undertaken research to reveal where in the UK is truly the best place for start-ups and freelancers.

To identify the key business hubs within the UK, MoneySuperMarket conducted research analysing a number of factors. These included the average hourly rate for freelancers in each city, the cost of housing, number of co-working spaces in each area, local financing opportunities, broadband speeds and the number of start-ups in each city.

Kevin Pratt, consumer affairs expert at MoneySuperMarket commented: “Starting out as an entrepreneur is both daunting and exciting. Whether you are leaving the constraints of the traditional nine to five in favour of a freelance career, or embarking on new adventures and beginning your own business from a co-working office, location is a key decision, as highlighted by our research.

“For those setting up on their own, employee benefits such as life insurance are no longer available, making the purchase of new policy a nailed-on essential for any freelancer or business owner that has dependents.

or those starting their own enterprise, business insurance is a crucial consideration. In addition, cover required by law, such as employer’s liability insurance, can cover the business’s other liabilities, its assets and employees.”

To uncover more on the best cities to thrive as a freelancer the full infographic can be viewed here, or to find the best locations to set up shop in a co-working office the full research can be found here.