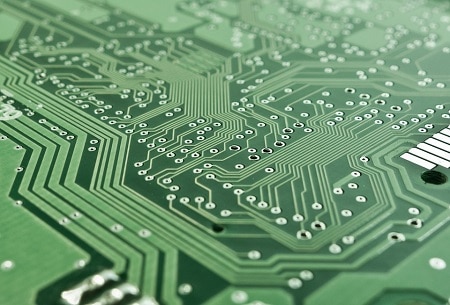 Most British businesses are seemingly unprepared for the dramatic technology developments set to reshape the workplace in the next decade, according to the findings of a research report.

The Trade Union Congress (TUC) has called on the UK government to ensure workers benefit most from the new Industrial Revolution 4.0 and “use new technology to enhance productivity, jobs, and wages.”

However, new research from business decision makers and employees from TalkTalk Business shows that workers are being left behind – employers are not only woefully unprepared to meet the workforce demands of the future but technology is frustrating employees and deterring the next generation of workers.

The Workforces 2025 Report, finds that the majority of British workers are frustrated to find themselves in office environments where they lack access to the right level of technology to do their jobs well. Less than 1 in 5 (17%) of British employees are regularly using instant messaging services for work, indicating that few British businesses are taking advantage of established technology solutions that have been around for a decade and already shown to lower business costs and improve collaboration and productivity.

The report also reveals that only a minority of British businesses are looking to prioritise technology investment to prepare for the impact of what the WEF has termed the Fourth Industrial Revolution. The rise of machine learning, Artificial Intelligence and robotics combined with shifting employment expectations, are all predicted to significantly shift the nature and practice of work in the developed world.

Research commissioned by TalkTalk Business and conducted by YouGov has found that almost 2 out of 3 British employees (64%) believe that poor technology impacts their workplace productivity in some form. Top of the list of time wasters is a slow internet connection, highlighted by 40% of British workers. This is followed by having to use a work computer that is not powerful enough (36%) and having to use old versions of software and systems that keep crashing (29%). Almost 1 in 5 workers (17%) also feel that their time is wasted when trying to share and download large documents.

Frustration with inadequate technology in the workplace is highest among the new generation of millennials entering the world of work, with almost half of 18-24 year olds complaining that slow internet (48%) speeds or slow hardware (47%) keeps them from doing their job.

The Workforces 2025 report is published against a backdrop of historic poor productivity growth for the UK economy since the 2007 crash, with the UK falling behind other major economies including the US, France, and Germany. The latest productivity figures released by the ONS for the first three-months of 2017 showed a 0.5 % decline in hourly output, taking the productivity of UK workers back to pre-financial crisis levels.

Work vs Home: The technology divide

The report highlights a growing dichotomy between the advanced technology tools and services that people are frequently using at home, such as instant messaging, video calling and virtual assistants and what is by comparison, the use of traditional and dated technology in the work environment.

When asked to consider their employers attitude to technology and the use of collaborative communications tools, just 3% of British workers said they would describe their place of work as ‘Leading Edge’, categorised as access to hi-spec computers, laptops and software, super-fast and reliable internet connectivity and the use of cloud-based software and collaboration tools.

By contrast, most British workers (44%) describe their workplaces as ‘Traditional’ with useable but basic computers, telephones, and other hardware and slow to adequate internet speeds, systems, and connectivity.

The death of email has been greatly exaggerated

Despite the focus over the past decade on the field of unified communications, the Workforces 2025 Report finds that adoption of integrated enterprise communications services by UK companies remains low.

Whereas consumer use of services likes of Skype, Facetime and WhatsApp is increasingly commonplace, just 7% of British employees surveyed say they regularly use video conferencing at work. When it comes to the use of instant messaging and business messaging services, such as Lync, only 17% of workers regularly use these collaboration tools in the workplace.

While the demise of email in the office has long been predicted, it seems that traditional business communication tools are firmly imbedded. Almost half (45%) of British workers believe email will continue to be the primary way they communicate at work over the next 5 years. Our reliance on traditional phone calls in the office is also not predicted to drop, only 24% of workers see their use of phone calls for work purposes decreasing in the next 10 years.

Graeme Codrington, Futurist to TalkTalk Business, comments: “When it comes to the typical experience of workplace technology in the UK, we are seeing a growing digital divide between the services and tools we all use as consumers and the antiquated by comparison technology we’re forced to use in the workplace. For businesses, now is the time to catch up and separate the passing fad from the technology that will deliver tangible impact for years to come. Not only is this vital to remain competitive, but ultimately it is critical to survival.”

As part of the Workforces 2025 Report, YouGov also examined the technology priorities of British business over the next 10 years. The research finds that most firms are preoccupied on fixing their basic IT infrastructure, rather than prioritising investment in strategic new technology areas.

The top technology priority over the next 10 years, selected by 55% of businesses, is ensuring an adequate internet connection. By contrast just 18% of businesses stated that investment in machine learning and artificial intelligence is a priority. Falling to just 6% for small businesses with fewer than 50 employees, that make up the bulk of the UK economy.

Less than a third (31%) of businesses surveyed stated that ensuring they make the best use of ‘Big Data’ is a priority in the next decade.

Kristine Olson-Chapman, Managing Director at TalkTalk Business, comments: “Revolutions tend to come with little warning, but businesses have no excuse to be in the dark about the potentially transformative changes to the nature of work on the horizon. How to prepare business for the impact of machine-learning and automation, and attract and retain a workforce with rapidly shifting expectations of what ‘work’ means, needs to be a top strategic priority. For UK business leaders, there is an increasingly critical need to align with the right partners who will help them innovate on their terms and take full advantage of the coming fourth Industrial Revolution.”

Interestingly, more than 60% of respondents said using first-party data is “very important” to their overall marketing strategy. When asked what they considered the top indicator of “good” data, 50% said engaging with ratings and reviews or product detail pages was the No. 1 indicator for predicting if a consumer will buy, yet only 23 % of agency buyers are fully confident that their third-party data partners deliver against KPIs.