Young women hold ‘vote of no confidence’ over career in tech 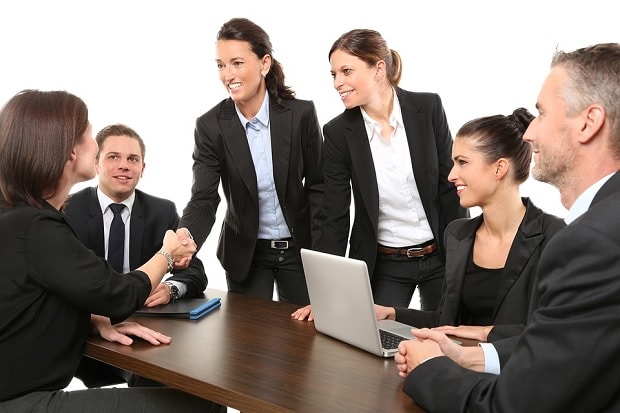 There is a a worrying crisis in confidence among young women with regards to their digital skills, with the majority feeling less qualified than their male counterparts, according to a new survey.

The poll found that only 37 percent of young women are confident they have the tech skills needed by today’s employers, compared with 57 percent of young men. This is despite scoring on a par with their male counterparts when assessed on digital skills such as data manipulation and use of social media.

There is evidence that this lack of confidence could be putting many young women off applying for jobs: 73 per cent of female respondents said they have not considered a graduate job in technology.

Commenting on the findings Aidan Brennan, KPMG’s head of digital transformation said: “The issue here isn’t around competency – far from it – but rather how businesses understand the underlying capability of an individual and how to unlock it. I think this research highlights the work that needs to be done to show the next generation that when it comes to a career in tech, gender isn’t part of the equation.

“Competition for jobs is tough, and we know that female job seekers can be less likely to apply for a role than their male counterparts if they don’t feel they already possess every pre-requisite the job demands. Businesses committed to building a truly diverse workforce need to adapt their recruitment processes to reflect this, and ensure they don’t fall into the trap of listening only to those who shout about their capability loudest.”

Graduate trainee, Mary Smith, who studied history and politics at university and recently joined KPMG’s tech consulting graduate programme agrees: “If you look at the subject I studied at University, you might wonder how my background makes me a good fit for a tech career at a professional services firm. KPMG saw something in me that at the time I may not have seen in myself. Now I am in the role, it is clear that the skills that I already possessed are very much transferrable to the job I am doing. I would encourage more young women to not be deterred by jobs which include an element of tech, and to instead have the confidence and belief in your own capabilities to apply and succeed.”

Anna Purchas, interim head of people at KPMG in the UK, says that the firm is already taking action to tap into this pool of talent and target women who are digitally capable, but may not yet be confident in their skills.

“We recruit around 1,000 graduates each year through our graduate recruitment process, Launch Pad, and we are proud to have reached a 50/50 gender split amongst our graduate intake. However, to maintain this level of equality in an increasingly digital world, it’s vital that more women like Mary have the confidence that their tech skills will be applicable for a role at a professional services firm like ours.

“Earlier this year saw the successful launch of ITs Her Future, our initiative aimed at encouraging more women to consider a career in tech. This summer we also launched Future Ready, our online tool designed to help young people who may not yet have experienced working in an office understand how the skills they do possess could be applicable in the workplace.

“We are now open for applications for our tech-related graduate programmes. Undergraduate work experience schemes will open later this year, such as Women in Technology, designed to help female applicants find out more about a career within technology at KPMG.

“As business leaders we must take positive action to bust the myth that there is just one type of person for any one job, highlight the value of diversity, and boost the confidence of young people as they prepare for the world of work.”