Is Black Friday a con? 95% of deals ‘cheaper or same price, after sale 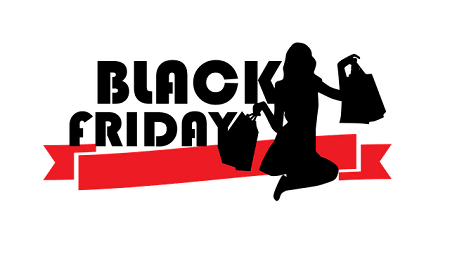 Up to 95% of products in Black Friday deals are cheaper or the same price after the sales day, according to new research.

The Which? survey found that just four of 83 products they studied last year were cheaper during the Black Friday promotion.

Among products cheaper outside of Black Friday were a tumble dryer, smart speaker, coffee maker and TV soundbar.

The consumer group tracked the products on Black Friday last year – 23 November. The items, from retailers including Currys PC World, Amazon, and John Lewis, were monitored six months before the date and six months after.

When looking at the two-week period surrounding Black Friday itself – including sale prices in the week before and after – it was found that three quarters of products were cheaper or the same price in the six months after.

While Which? did not find evidence that any of the retailers were breaking the law, the consumer group said it showed that so-called deals may not be all they are claimed.
Ms Hitchins said: “We have repeatedly shown that deals touted by retailers on Black Friday are not as good as they seem. Time-limited sales can be a good opportunity to bag a bargain, but don’t fall for the pressure tactics around Black Friday.

“Our investigation indicates that this popular shopping event is all hype and there are few genuine discounts,” she said.

Paul Kirkland, Director of Retail & Hospitality at Fujitsu UK argues that Black Friday is an opportunity for brands to build on and create new loyalties, so retailers should have some genuine one-off deals as opposed to lots of deals they can get at other times of the year.

“Black Friday has been hailed as one of the biggest discounting events of the year, but the latest research has shown that it might not offer the best deals,” Kirkland said. “ While the latest Which? survey has found that Black Friday deals are not actually the best value for money, retailers should be smart with how they engage with the event, as it is an opportunity to build on their existing customer base and to create new loyalties elsewhere.

“Sales are a great way for high street retailers to draw in customers, but they are not sustainable all-year-round. Despite the expected decline in footfall this Black Friday, it is still likely to draw in a higher level of customer engagement across high street stores, making it a fantastic opportunity to improve brand engagement. Ultimately, the best approach for retailers to build on their loyal customer bases this Black Friday will be to have some genuine one-off deals, rather than lots of deals that customers can get at any other time in the year.”