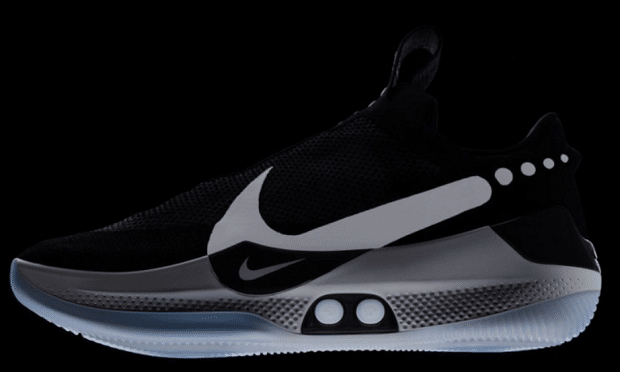 Nike has developed 'Back To The Future'-style trainers with a lacing system that uses a motor to tighten or loosen its trainers with additional voice control.

The upcoming Nike Huarache trainers will support Siri with a ‘FitAdapt’ lacing system that uses a motor to tighten or loosen its trainers through voice commands.

Users can tell the voice assistant to “release my shoes” via the Nike Adapt app on their iPhone or Apple Watch, and the software can also change the colour of LED lights on the bottom of the shoes.

The sportswear giant said its latest version of FitAdapt “allows for a wider array of personal preferences amid various environments and situations”, rather than just being suited to a dedicated running shoe.

Its announcement of the new high-tech trainers did not come with a price, but the Nike Adapt BB shoes featuring similar technology went on sale for more than £300 earlier this year.

Prices have come down significantly since Nike released its first self-lacing trainers in 2016, when the HyperAdapt 1.0 hit the market in the US for a whopping $720.