Search trends for 2020: More clicks than ever as reviews win over shoppers 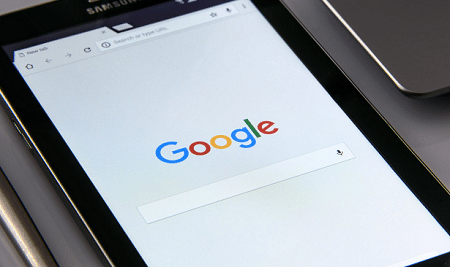 UK consumers are relying more on search when on the purchasing journey, with clicks on search up 20% in 2019 compared to 2018, according to new research.

UK consumers are relying more on search when on the purchasing journey, with clicks on search up 20% in 2019 compared to 2018, according to new research.

The study, from Yext, reveals that UK consumers are finding what they want faster. Whilst clicks (customer actions) grew by 20%, impressions growth was only 2%.

Meanwhile, reviews are on the rise – The number of reviews grew by 35% in 2019 compared to 2018, highlighting the importance of professional and consumer opinions during the consumer journey

“For many consumers, online search is the first step on the customer journey, and especially when it comes to finding an answer – whether it’s the opening times of the closest pharmacy or the calories in a meal,” Jon Buss, MD, Northern Europe at Yext commented. “While it’s clear that some sectors are more popular with consumers during certain seasons, the need for businesses in every industry to be in control of their facts online stays important year-round.”

“Looking ahead to 2020, it’s essential that businesses get to grips with their information online and ensure it is accurate across channels. From the search results on their own website to their listings on third-party platforms, companies must be prepared to capture the wave of customers interested in transacting with them during these peaks, as well as at any time of year. Failing to do so will mean businesses risk losing out to more search-savvy competitors.”

Yext analysed when UK consumers clicked online listings for various types of businesses throughout the year. Looking at each month across 2019, Yext found:

An apple a day: With New Year’s resolutions fresh on their minds, and cold and flu season at its peak, UK citizens start the year off with visits to the doctor. In January, healthcare organisations see a 12% jump in clicks to their online listings relative to the previous month.

Counting the pennies: With the frantic holiday shopping season behind them, consumers significantly cut down on retail spending and recoup some of their savings in the new year — clicks on retail stores’ listings fall 37% from December to February

Meals on wheels: Starting in March, things start to take a turn for the positive for an unlikely duo: the auto industry and food services. After a consecutive number of slow months, clicks on their listings soar up 13% and 10% respectively, compared to the previous month.

Rise in recreation: With the Easter holidays and friendlier weather over April, consumers start to look for fun activities to get into. Recreation and entertainment businesses — including theatres, sports venues, nightlife, and more — see a 27% increase in clicks on their listings in April vs. March

Summer holiday preparations begin: After six consecutive months of click volume falling below the average, hospitality businesses begin to ‘wake up’ as UK consumers start researching and planning for the upcoming summer months. This starts with a 3% increase in clicks in May compared to the annual average and goes all the way up to 14% increase by the time August comes around

Moving season: June and July bring about peaks for both the real estate market and automotive businesses. Consumers looking to ring in the season of renewal with new homes or rentals boost clicks on real estate agents’ listings by 26% above the annual average. Similarly, auto-related businesses see clicks to their listings increase 35% higher than the annual average — potentially driven by increased car rentals during the summer months

Summer sales arrive: This is also a good month for retail stores as consumers take advantage of summer sales with clicks to retail store listings 21% above the annual average
Fun in the sun: Recreation and entertainment listings online see a surge of consumer interest during the summer months, reaching a peak of 35% increase in clicks in August relative to the annual average

Back to school: As people wrap up their holidays and return to their school and work routines, clicks to recreation and entertainment listings take a noticeable dip in September, falling 23% below the annual average

Phoning home: In November, as consumers move towards the holiday period and consumers spend time with their families and opt to bunk with them instead of overpaying for lodging, clicks to hotel listings start to fall. It starts with a 17% decrease from October to November, followed by a 15% decrease from November to December.

Giving and receiving: As is usually expected, with shoppers looking for holiday gifts and making use of holiday deals, retail and telecom businesses thrive in December. Clicks to retail listings climb up to 15% above the annual average while telecom companies selling the latest smartphones and gadgets see an increase of 14% above the annual average
Home for Christmas: With everyone busy with the holidays, there’s very little time available to look to rent or buy properties, with clicks to estate agencies falling 44% below the annual average