1,100% increase in searches for “What jobs will be replaced by robots?” 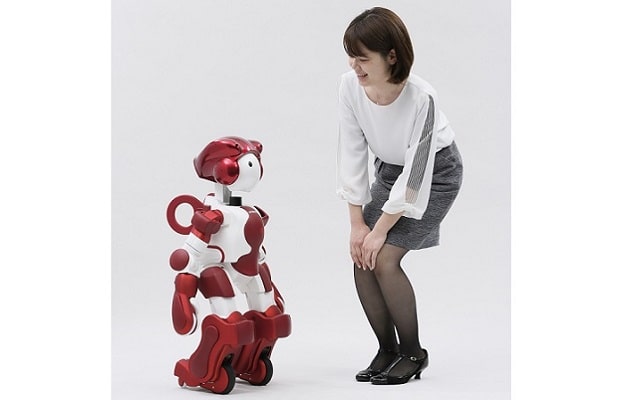 Internet searches are showing a growing fear among people that fear robots will negatively transform the workplace.

Employee benefits platform Perkbox has partnered with SEMrush to examine our fears of robots at work according to our online searches. The findings represent searches from January 2015 to June 2018 in the UK.

Over the last few years, the threat of new technologies to our workforce have increasingly been in the spotlight. In just one year, from 2015 to 2016 the phrase ‘will robots take my job?’ increased from zero to 1,600 average monthly searches in the UK. What’s more in 2017, the phrase was searched 197,800 times/monthly on average. In 2018 so far, the average has dropped but it remains relatively high regardless (57,833 searches).

What are the underlying fears of employees? Online searches with keyword ‘robots’ and ‘work’ reveal the following: On the one hand, we’re gradually becoming more concerned about what jobs robots will replace first. The phrase ‘what jobs will be replaced by robots? was rarely searched in 2015. However, in 2016-17 the number rose from 200 searches/monthly on average (2016) to 2,400 on average in 2017 (a 1,100% increase).

On the other hand, ‘Can robots replace humans?’ has been a huge concern for UK citizens for several years now. In 2015 this represented a massive 1,700 of average online searches. This figure increased by just over 47% in 2016, before falling to 1,700 searches in 2017 and a further 13% on average this year.

When looking at industries and industry subsectors, it’s interesting to see which ones are getting most traction in this robots vs. humans workplace debate: Manufacturing within the automotive industry is worth highlighting. Having deployed robots widely since 1980s, this might not sound surprising. Yet ‘How has robotics changed manufacturing technology in the automotive industry?’ was rarely searched in 2015 and 2016. Searches only started increasing significantly – up to an average of 800 a month – by 2017 and currently have an average of 833 monthly searches in 2018.

In banking and finance on the other hand, the UK for quite a while felt uncertain of the role robots could play in replacing humans, particularly when it came to forex trading. ‘Do forex robots really work?’ was searched 1,000 times on average in 2015. This average figure increased by 20% in 2017 and then went back to 1,000 in 2017, still remaining pretty high. This has recently changed with search volumes in Jan-June 2018 at 83 on average.

Chieu Cao, Co-founder and CMO at Perkbox says: “There’s certainly no shortage of headlines about the threats new technologies are posing to our once established jobs and workplaces. The findings of this research show that a lot of what we fear is real.

However, I’m a strong believer that regardless of how much technology advances, a clear rational decision-making process will always be indispensable in the workplace. At Perkbox we like to see technology as an enabler of human connections – it’s key, but it shouldn’t replace the core human side of things. The fear of the unknown is only natural, we just need to learn to embrace it”.

Olga Andrienko, Head of Global Marketing at SEMrush says: “Search can be an excellent indicator for what is concerning employees across a variety of industries. The search volumes show that people are indeed concerned by the effects of automation on their workplace, so this may be a topic for HR departments to actively address. All companies need to take note and pull out learnings from Google search.”