72% of tech startups change their market within 3 years 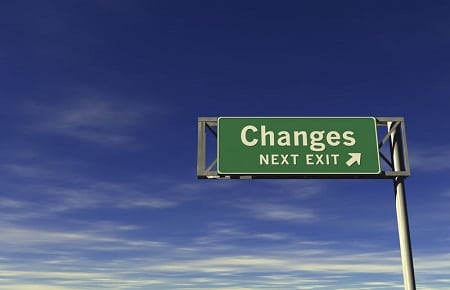 Nearly three quarters (72%) of tech startups change their market within three years, highlighting the importance of an "Agile Focus" for long-term success, rather than a narrowly targeted approach that is so often championed for start-ups, according to new research.

For many start-ups, the need to clearly define and focus on a specific target market is held with utmost importance for success in a fast-paced, competitive industry.

However, as a new in-depth study reveals, such a laser focus can actually be detrimental to the long-term future of a business, as almost three quarters pivot within their first 3 years to shift their focus to an alternative, more viable market.

The study, conducted by entrepreneurship researchers Sharon Tal and Marc Gruber, involved following the market strategies of 142 start-up firms, as well as further in-depth qualitative research to analyse the decision-making processes of 25 companies within their first five years of existence.

“It was fascinating to observe the different approaches adopted by the start-ups, ranging from ‘laser focus’ to ‘no focus'” said Sharon Tal. “In the middle there is ‘Agile Focus,’ which may sound like a contradictory phrase, but in these real-life cases it was the approach that enabled most start-ups to find their way to a successful product-to-market strategy.”

The findings of the study formed the basis of Tal and Gruber’s new book, Where to Play (FT Publishing, 2017). The book uses the research to provide a simple framework that entrepreneurs can use to quickly identify, evaluate and focus on the opportunities that offer them most value, while maintaining the perfect balance of focus and flexibility.

Numerous studies and experts have argued that a narrowly focused approach is required for small firms to succeed with their limited resources, yet there are many well-known companies that have managed to pivot to utilise their technological prowess in an alternative market. YouTube, for example, started out as a video dating service, while Twitter evolved from the podcasting platform, Odeo.

According to Gruber, “New tech ventures that seek to exploit a narrow market opportunity can fail to maintain their flexibility, and thus increase the chance of failure.” An Agile Focus strategy assures that companies maintain a focus while deliberately keeping open a few other viable market opportunities. “The Agile Focus company can more easily pivot to a secondary market. The laser focus firm that changes markets can disrupt an entire organisation. There is a big difference between pivoting to a new market opportunity versus the jolt to operations of the laser focused start-up completely changing markets,” Gruber concluded.