Amazon’s cute new robot ‘Scout’ delivers parcels on its own 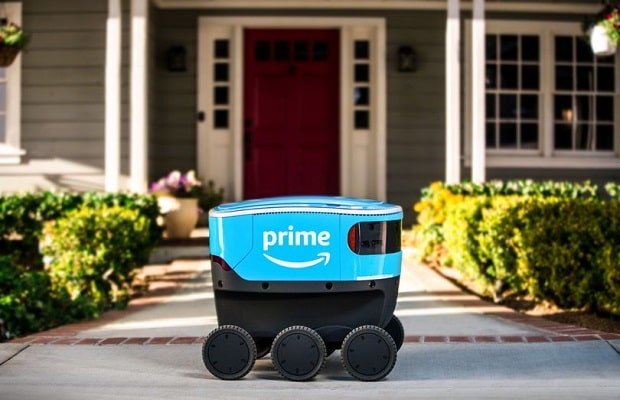 Amazon has launched its own six-wheeled delivery robot, called ‘Scout’, to take parcels straight to doorsteps in America.

Six autonomous robots are being tested in a Washington neighbourhood near to the company’s Seattle headquarters.

The Amazon Scout has six wheels and is fully electric, moving at a walking pace on paths in Snohomish County.

The robots are the size of a small cooler and though they’re designed to carry out deliveries alone, an Amazon employee will follow the robots initially to ensure they are functioning properly.

“We developed Amazon Scout at our research and development lab in Seattle, ensuring the devices can safely and efficiently navigate around pets, pedestrians and anything else in their path,” said Sean Scott, Amazon Scout vice president, in a blog post.

Amazon have explored various ways to transform how products are delivered over the years, with a Prime Air project testing the possibility of delivering lighter goods to remote areas via drone among them.

As it’s a test, it’s too soon to know whether Amazon Scout will come to the UK but others have long been testing autonomous delivery robots of their own across the pond.

Starship Technologies has already tested their own in the UK, using the likes of takeaway food site Just Eat to bring customer’s food to their doorstep.

In January, Amazon made it to the top spot as the most valuable publicly traded US firm for the first time.