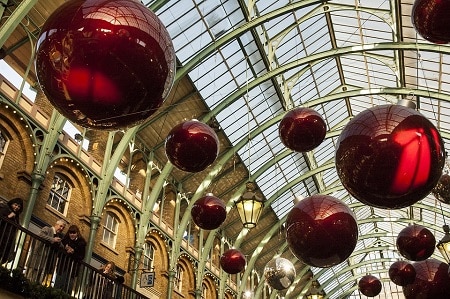 Holiday spending is to soar 25% across the UK, France and Germany, with the average UK shopper to spend more than three times as much as their continental counterparts, according to a new report.

Adobe today released its online shopping predictions for the 2018 holiday season (from November to December), which found that spending in the UK, France, and Germany will jump nearly 25% compared with the same period in 2017.

The findings, based on Adobe Analytics data, also reveals shoppers in the UK will spend more than three times as much as shoppers in France and Germany during this time, though budgets in these latter markets are significantly higher than last year and continue to grow.

Mobile shopping experiences are dated and not meeting consumer needs:

Social media continues to gain influence in France and Germany, but is losing steam in the UK

Jamie Brighton, Head of Product & Industry Marketing, Adobe EMEA said: “Online shopping continues to surge, and with consumers across Europe planning to spend more than ever over the holiday season retailers can expect yet another record-breaking year for sales, if they get things right. Never has it been more important to deliver a website and mobile experience that stands up to customer expectations and can handle this boost in demand. Even if price is still the deciding factor for many shoppers, the quality of experience they receive plays a major role as well, especially for brands that want to build loyalty and keep people coming back after the holiday rush.”

This is the fourth year Adobe has conducted its survey into holiday spend and purchasing habits. Using Adobe Sensei, our artificial intelligence and machine learning framework, we identified retail insights based on trillions of data points flowing through Adobe Analytics and Magento Commerce Cloud, part of Adobe Experience Cloud.

Only Adobe’s analysis spans retailers across over 50 merchandise categories, powered by Magento Commerce Cloud, to provide the industry’s most accurate view of online shopping in Europe. Adobe Experience Cloud manages more than 200 trillion data transactions annually. Companion research is based on a survey of over 3,000 consumers in France, Germany, and the UK over the course of October 2018.