Online shoppers in China are increasingly looking to overseas sites to get their online shopping fix, according to new research. The research, from overseas affiliate of online shopping site Taobao, indicates that Chinese Internet shoppers have expanded their overseas shopping options to more than 100 countries and regions in the past decade, with the total […]

Online shoppers in China are increasingly looking to overseas sites to get their online shopping fix, according to new research. 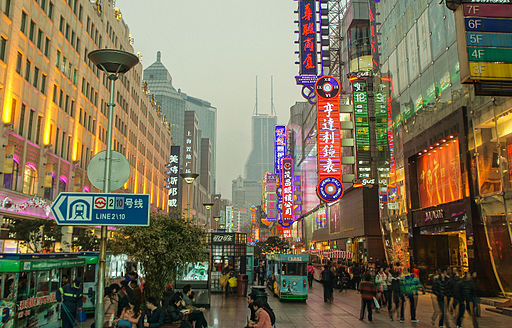 The research, from overseas affiliate of online shopping site Taobao, indicates that Chinese Internet shoppers have expanded their overseas shopping options to more than 100 countries and regions in the past decade, with the total number of products reaching more than two million
The report said that for Chinese online shoppers, Hong Kong and Macau were the two main online shopping options.
Now, the list has expanded to include Japan, South Korea, North America, Europe and South Africa.
According to the report, the U.S., Japan and South Korea are the favorites of Chinese online shoppers, based on trade volume and value, followed by Hong Kong, Germany, France, Taiwan, Australia, the U.K. and Denmark, in descending order.
In the first six months of this year, online shopping abroad saw an explosive growth, with new shoppers accounting for 28 percent of total overseas online shoppers in China, far higher than in previous years.
The new shoppers prefer local specialties, such as cod-liver oil which account for 99.9 percent of online buying orders placed from Iceland, herbal ointment reached 49.7 percent of orders from South Africa, water purifiers from Germany, tissues from Portugal, bee propolis from Brazil and durian cake from Vietnam. In addition, cosmetics and skincare products were ordered by more than half of consumers.
According to the study, the preferences of new and veteran shoppers differ, as new online consumers prefer cosmetics while experienced buyers favor food products.
A metadata analysis in the report showed that mothers are the most active shoppers, taking almost half of the top hottest products purchased online abroad, which include baby formula and mother and baby products.
The study showed that online shoppers’ buying behavior is sometimes affected by hot or trending news events. For instance, the orders for Yota smartphone increased 40-fold during the APEC summit meeting held in Beijing last year, when Russian President Vladimir Putin gave Chinese leader Xi Jinping a Russian-made smartphone. The sales of coloring books designed by Scottish illustrator Johanna Basford also went up after the books were featured on social networks and TV shows.
The study further showed that Shanghai ranked number one with a 12-percent share of total online shopping volumes in the past 10 years, followed closely by Beijing with 11 percent, then by Hangzhou, Guangzhou, Shenzhen, Chengdu, Nanjing, Wuhan, Tianjin and Suzhou, in descending order.
An increasing number of shoppers in third and fourth-tier cities are also joining the trend.
Regional differences among shoppers were also indicated in the report, as Shanghai shoppers ranked no.1 in buying chocolates, candies and perfumes, while Beijing consumers topped the list in buying air purifiers and Shenzhen shoppers favor cookies.