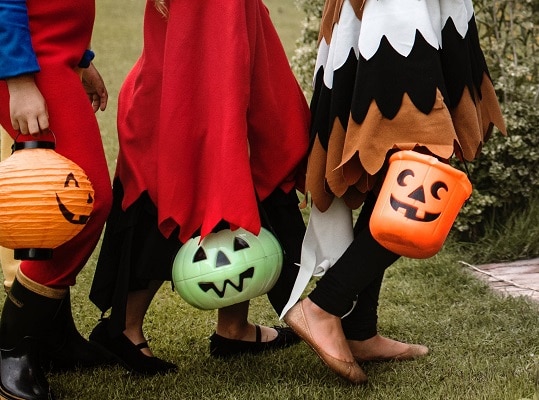 UK shopper traffic is expected to rise by 4% on the daily average on Halloween, according tone research, as UK consumers embrace the festival and it becomes an established retail event.

The study, from ShopperTrak, also suggests that increasingly retailers consider Halloween as the kick-off for the critical Christmas shopping season – with the ‘Halloween halo-effect’ seeing those who perform strongly over Halloween transitioning well into the peak trading period.

This marks the growing trend in the adoption of the holiday by UK shoppers, which is now the third largest seasonal shopping event in the UK, second only to Black Friday and Christmas.

With an estimated £420m of sales expected to be made on Halloween purchases in 2018, according to MINTEL, up 5% year-on-year, this year marks a growing trend in the adoption of the holiday – traditionally an import from the US – by UK consumers.

Indeed, Google Trend data for the UK shows online searches for Halloween have grown 40% over the past five years.

Steve Richardson, UK and MEA Director at ShopperTrak, commented: “We’ve seen a steady growth in the adoption of Halloween both by consumers and retailers over the last few years. In terms of sales, Halloween is now the third biggest retail event of the year after Christmas and Easter, and its growing popularity is reflected in the 4% increase in footfall against the daily average we expect to see on the High Street on 31 October.”

“The growing popularity of this seasonal holiday amongst shoppers means many retailers now consider Halloween as the kick-off for the critical Christmas shopping season – with the ‘Halloween halo-effect’ seeing those who perform strongly over Halloween transitioning well into the peak trading period.”

“The adoption of Halloween by consumers has also meant that retailers aren’t just relying on themed products or confectionery to drive interest in the event. Many are now using in-store events to draw consumers into their bricks-and-mortar outlets – from slime making workshops at Hobbycraft, or in-store Halloween make-up tutorials at beauty retailer Illamasqua.”