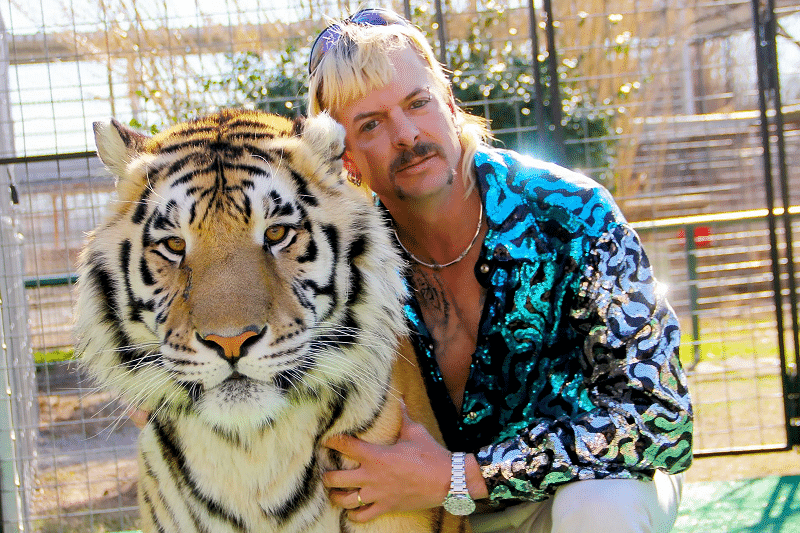 Netflix has seen subscriber numbers surge this year, as lockdowns around the world led to almost 16 million people creating accounts to the online video streaming service.

That is almost double the new sign-ups it saw in the final months of 2019. It was the biggest three-month gain in the 13-year history of Netflix’s streaming service.

Netflix also released viewer numbers for some of its shows. The docu-drama “Tiger King,” which became a cultural touchstone when it was released in March, was watched by 64 million people. “Love is Blind” attracted 30 million viewers; “Spenser Confidential” had 85 million viewers and “Money Heist” is projected to attract 65 million.

However, the streaming service, which is behind some multi-million dollar productions, said shutdowns have halted “almost all” filming around the world.

And sharp declines in the value of many currencies has meant new subscribers outside of the US, where Netflix is based, are not worth as much to the company as they would have been before the crisis. And that has hurt its international revenue growth.
Nevertheless, the home-entertainment giant’s share price has climbed more than 30% this year as investors bet on its ability to benefit from people spending more time indoors.

“We’re acutely aware that we are fortunate to have a service that is even more meaningful to people confined at home, and which we can operate remotely with minimal disruption,” Netflix said in a letter to shareholders.

The company closed March with nearly 183 million worldwide subscribers, a 23% increase from the same time last year. It earned $709 million in the first quarter, nearly tripling from last year.

But Netflix warned investors the surge was time-limited, and it expected subscriber growth to drop back down to pre-quarantine levels once stay-at-home restrictions were loosened.

Competitor Disney+, which launched in November with a library stocked with children’s favorites, has amassed 50 million subscribers so far.
Even though it faces plenty of competition, Netflix appears better positioned to take advantage of the surging demand for TV shows and movies largely because of its head start in video streaming.

“Since we have a large library with thousands of titles for viewing and very strong recommendations, our member satisfaction may be less impacted than our peers,” Netflix boasted in its report.

Dave Castell, GM Inventory and Partnerships for EMEA, The Trade Desk, said: “In these uncertain times, TV has truly returned to its place at the heart of British homes, with the nation coming together – albeit virtually on Netflix Party – over Joe Exotic’s crazy antics in Tiger King and risky romance in Love is Blind. With the vast majority of the population stuck at home, people are turning to TV streaming in their droves for distraction from the outside world, providing an invaluable opportunity for brands to connect with audiences.

“Netflix’s results demonstrate that this trend is undoubtedly good news for the company in the short term, but will this boon only last as long as the lockdown? It is vital that Netflix considers its long term strategy if it’s to retain its dominant market position against an ever-growing number of competitors.

“And with economic uncertainty leading to the tightening of many consumers’ purse strings, Netflix will need to work hard and fast to top up its library with new, quality programming to convince viewers of its ongoing value as life returns to normal. The cost of doing this will be significant, and nothing offers Netflix the same monetary potential as advertising, whilst also offering cash-strapped consumers the possibility of accessing content at a reduced rate – or even for free.”

Mark Inskip, CEO UK & Ireland, Kantar (Media Division), said: “Streaming services are proliferating, but despite fierce competition, Netflix’s latest results show that they are still on top. Naturally, the global lockdown has meant more people than ever are tuning in to TV content and taking out streaming subscriptions. It’s likely due to both its heritage as a platform and breadth of content on offer that Netflix is taking a large slice of that new subscriber base.

“Our TGI data shows that most consumers who pay for online streaming don’t pay for more than two or three subscriptions, and Netflix remains the most popular option. But as we emerge from the COVID-19 pandemic, and advertising budgets rise again, subscription platforms will need to foster strong USPs so as not to lose a percentage of their audience to ad-funded challengers. For Netflix, their wealth of content and the success of shows like Tiger King no doubt provide that attraction now, but they will need to continue to closely monitor and understand what interests and excites their users to retain – and grow – their subscriber base through an economic downturn”.

Mark Stephenson, Head of Digital Trading and Product at MediaCom, said: “The arrival of Disney Plus in the UK, alongside Sky’s Now TV, Amazon Prime and more has put pressure onto Netflix to retain subscribers and quell existing competitors. However, Netflix has once again flexed its muscles as the first streaming giant to define the market; investing in its formula to create shows that dominate popular culture, from high-end productions such as Stranger Things to cult favourites like the Tiger King documentary which generated 34 million viewers in just ten days. These shows all have one thing in common, becoming must-watch TV for millions around the world instantly.

“Fundamentally, Netflix must continue creating compelling content that audiences are willing to pay for and not willing to miss – but this comes at a substantial cost. Netflix’s commitment to never advertise may place it at odds with competitors that have far deeper pockets to fund studio productions, something that Disney has been doing for decades. And while Disney’s back catalogue of films and shows won’t be enough to take on Netflix alone, newer shows like The Mandalorian have proven that it can stand-up to the task of creating loyal, devoted fans. Whether Netflix’s commitment to never bow to advertisers holds firm, at the end of the day viewers will only invest their time and money if it is outweighed by awe-inspiring and unmissable content.”