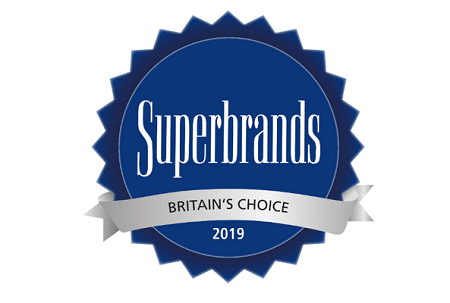 Amazon is the brand Brits consider to be gaining the most relevance compared to the past, beating 1,595 other brands in the Superbrands ‘Relevancy Index’. The online giant pipped German discount grocer Aldi to top spot while its peer Lidl placed sixth.

Rising media streaming company Netflix took fourth, reiterating its threat to traditional media companies like ITV, while online giant Google placed fifth. YouTube, owned by Google (Alphabet Inc) since 2006, also placed in the top 20 but there was no place for Facebook or Instagram in the leading group for relevancy.

Although technology colossus Apple placed in the top 20 in 16th, rival Samsung was higher up in ninth position, potentially signalling an increasing shift in power between the two competitors.

Technology-enabled disruptors such as Purplebricks and TripAdvisor featured in the top 20 most relevant brands alongside some longer-established brands such as Nike and Disney. Another mature brand to feature is Heathrow – in 12th – likely related to exposure about the construction of the third runway, as well as a record 38.1 million passengers in 2018, up 2.5% year-on-year.

Heathrow, Google, Apple and LEGO were the only brands in the top 20 Relevancy Index to also feature in the overall Superbrands top 20. The relevancy index reduces the influence of longer-term goodwill and emotional bond on voters, focusing consumers’ minds on shifts in use and importance.

The core Superbrands survey of the nation’s brands, running since 1995, revealed LEGO as the UK’s number one brand for the second year in a row, having placed third in 2016 and second in 2017. Apple meanwhile moved up one place to second in the overall rankings, reversing positions with Gillette, which moved down one place to third.

As a whole, the core rankings show notable consistency with 11 of the top 20 brands also appearing in last year’s leading group. Every brand in the top 20 has featured in the top group at least once in the last five years and six have been omnipresent during this same period.

The research process was managed by The Centre for Brand Analysis (TCBA) in partnership with Dynata, one of the world’s leading data research companies. It follows a voting process involving a nationally representative sample of 2,500 UK consumers.

Stephen Cheliotis, CEO of The Centre for Brand Analysis (TCBA) and Chairman of Superbrands comments: “The growing prevalance and importance of Amazon is again evident as it tops the Superbrands Relevancy Index. Those brands performing strongly in the Relevancy Index pose a threat to the more established brands, whether that is Aldi challenging the likes of Tesco or Purplebricks confronting traditional estate agents.

“Those brands toward the bottom of the relevancy list may have troubled times ahead. Many have already suffered fundamental business problems since the survey, including retailers HMV, Carpetright, Oddbins, Mothercare and House of Fraser.

“In the core Superbrands survey we congratulate LEGO on retaining its position as the number one Superbrand, continuing its strong performance over the last five years.”
The top 20 Consumer Superbrands for net relevancy gain in 2019 are:

The overall top 10 Consumer Superbrands for 2019 are:

Separately, the parallel Business Superbrands survey results were also revealed today, showing Apple as the number one brand according to UK business professionals and marketing experts. More information can be found on the Superbrands UK website: www.superbrands.uk.com.