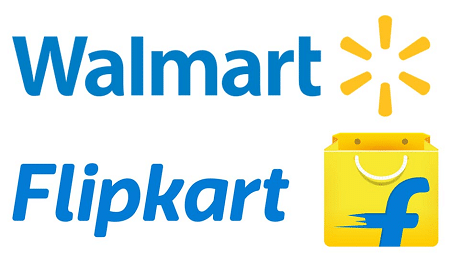 Walmart has finalised its $16bn acquisition of Indian online retail giant FlipKart, as the US supermarket chain looks to take on Amazon in one of the largest growing markets in the world.

Flipkart is India’s top ecommerce player, ahead of Amazon, which comes in second.

The deal was first revealed back in May and closed after receiving the necessary approvals.

However, the deal has sparked protests India traders’ body CAIT, which has called a ‘Bharat Bandh’ (shut down of stores in protest) on 28 September to oppose the deal.

CAIT Secretary General Praveen Khandelwal said the deal has “violated Press Note No 3 of 2016 of [the] Government and is a combination with a sinister design to control and dominate the retail trade through the passage of e-commerce”.

He claimed that it will create an uneven playing field and will wipe out competition owing to the business model, which entails predatory pricing, deep discounting and loss funding.
The traders’ lobby will also hold a mega rally in New Delhi on 16 December to protest “discriminatory treatment against traders”.

The deal that makes Walmart the largest shareholder in Flipkart, with 77% of shares in the India-based e-commerce company.

“Walmart and Flipkart will achieve more together than each of us could accomplish separately to contribute to the economic growth of India, creating a strong local business powered by Walmart,” said Judith McKenna, president and CEO of Walmart International. “Our investment will benefit India by providing quality, affordable goods for customers, while creating new skilled jobs and opportunities for suppliers. As a company, we are transforming globally to make life even easier for customers, and we are delighted to learn from, contribute to and work with Flipkart to grow in India, one of the fastest-growing and most attractive retail markets in world.”

According to the company, the Flipkart investment transforms Walmart’s position in a country with more than 1.3 billion people, strong GDP growth, a growing middle class and significant runway for smartphone, internet and e-commerce penetration. As Walmart scales in India, the company will continue to partner to create sustained economic growth across agriculture, food and retail. Future investments by Walmart will support national initiatives and will bring sustainable benefits in jobs creation, supporting small businesses, supporting farmers and supply chain development and reducing food waste.

Flipkart’s existing management team will continue to lead the business. Tencent Holdings Limited and Tiger Global Management LLC will remain represented on the Flipkart board, in addition to independent board members, and will be joined by new members from Walmart. The board will work to maintain Flipkart’s core values and entrepreneurial spirit, while ensuring it has strategic and competitive advantages, according to the two companies.

Outside of Walmart’s shares, the remainder of the business is held by Flipkart co-founder Binny Bansal, Tencent, Tiger Global and Microsoft Corp. Moving forward, Flipkart’s financials will be reported as part of Walmart’s International business segment.