Top apps in the world: lockdown creates surge in downloads 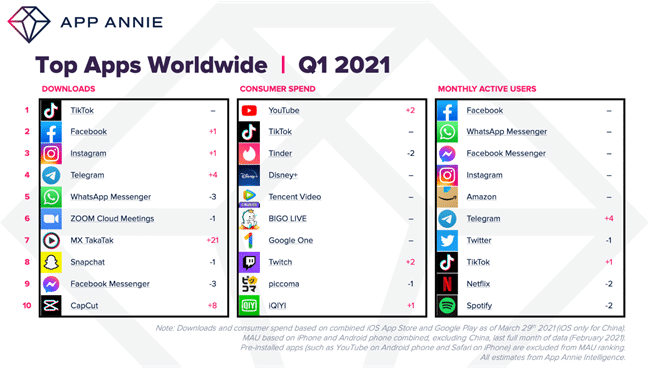 Global spend on apps rose 40% in one year, as lockdown increased time spent on phones and tablets, according to new data.

The research, from App Annie, looked at the full impact of global lockdowns as global spend on apps, with $32 billion on in-app purchases across iOS and Google Play globally in Q1 2021. It’s the biggest quarter since records began – and the figure is 40% up on the same quarter for 2020.

The numbers illustrate the remarkable impact that the pandemic has had on the app market. Q1 2020 was the first period of global lockdowns. Stay at home orders forced consumers to seek out indoor stimulation, and they found it on their smartphones, through games and other highly engaging apps such as video streaming and social sharing platforms. 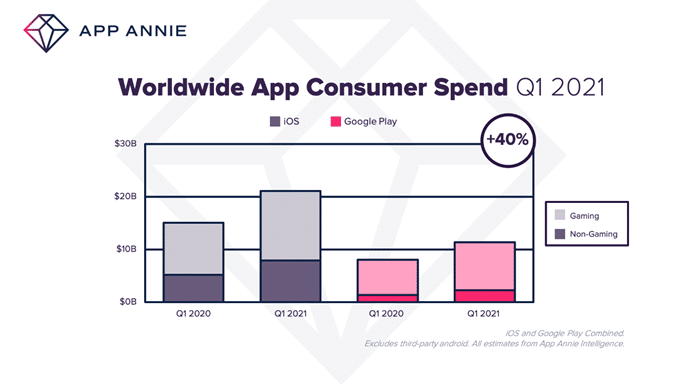 As a result, the market grew at unprecedented speed. 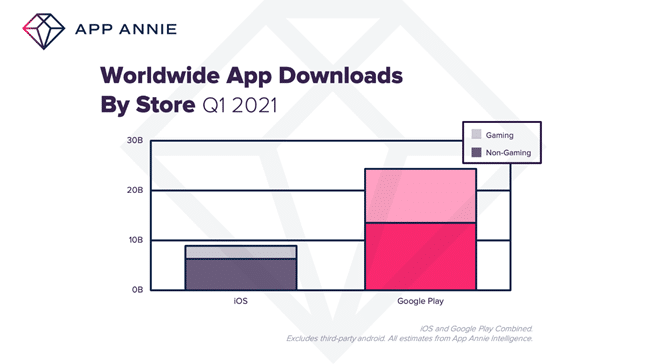 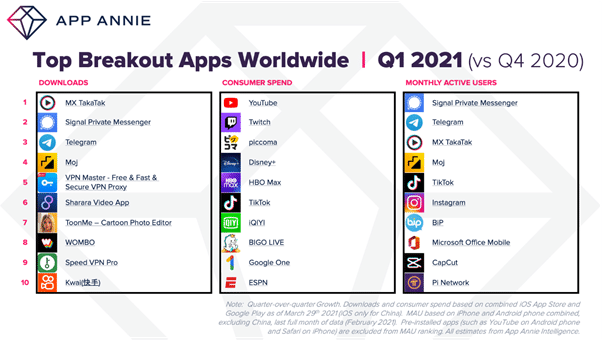 You can also find out more details on this story on App Annie’s latest blog here.