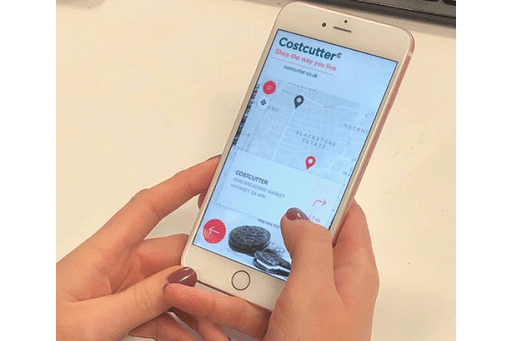 Under the deal, shoppers that fit Costcutter’s target audience can be sent an audio ad, together with an on-screen mobile ad banner, while they are listening to their favourite mobile music streaming apps and while they are in a relevant location and can act on them by visiting a Costcutter store.

It also means people are only sent messages when they are in a relevant location and can act on them by visiting a store.

Sean Russell, Marketing Director for Costcutter, said: “We’re constantly looking at how we can help our retailers thrive. Mobile phones provide unique opportunities to drive store traffic and business value and by working with TabMo, we’ve been able to create fully integrated multi-channel advertising campaigns that are delivering real results for retailers.

“The new technology complements our unique Shopper First: Drive Five to Thrive business growth programme, which provides in-depth shopper insights and data to help tailor every aspect of the store – from range and missions to marketing and in-store execution.”

CSG initially trialled TabMo’s audio messaging technology for its Find the Golden Mic competition, as part of its Festival of Summer campaign, which has been shortlisted for an award in the Most Effective Retail/FMCG Campaign or Solution category at the Effective Mobile Marketing Awards 2019, which are taking place on Thursday 14th November. Following the campaign’s success, which saw 50% of those who engaged with the ad coming into store, the technology is now being integrated more widely into CSG’s broader communications strategy.

Chris Childs, TabMo’s UK Managing Director said: “The campaign reflected the changing way in which mobile devices are used. It was the first time that mobile display and audio ads were combined to drive footfall, by capitalising on the scalable opportunity presented by the rise of voice-enabled devices and the increasing use of music streaming apps.

“Costcutter was rewarded for its commitment to taking an innovative approach, with high listen-to rates and a low cost-per-store visit that demonstrated the campaign’s success in helping to encourage customers into their local Costcutter.”