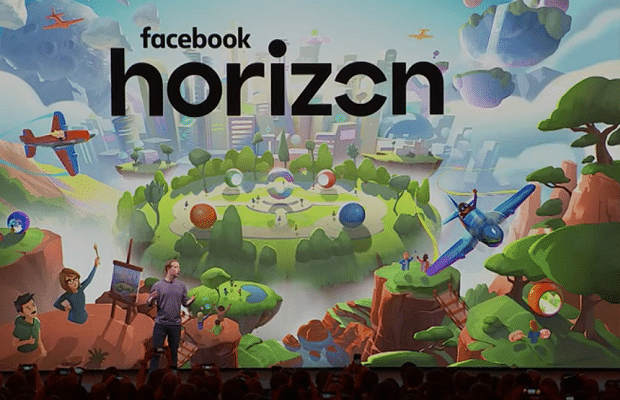 Facebook has revealed its plans for a social media universe exclusively for Oculus headsets, in what it hopes will be the next generation for its platform.

Facebook Horizons is essentially an ambitious new virtual reality experience that’s getting comparisons to Minecraft and Ready Player One’s virtual world of the Oasis. The platform is set to replace the existing Facebook Space and Oculus Rooms VR.

It will allow users to design their own diverse avatars and hop between virtual locales through portals called Telepods, watch movies and consume other media with friends and play multiplayer games together, like Wing Strikers.

It also will include human guides, known as Horizon Locals, who can give users assistance and protect their safety in the VR world so trolls can’t run rampant.

Facebook Reality Lab (FRL) lead Michael Abrash took to the stage to discuss the future of VR, AR, and the company’s leading role in their continuing development.

“VR certainly has the same long term potential as the personal computer,” Abrash told the audience. “In fact, I believe that it will ultimately become the most powerful creative and collaborative environment that has ever existed.”

But for that to happen, Abrash admits that there is much work yet to be done. The Reality Lab aims to create a genuine sense of “social presence” — the feeling that you’re physically sharing the same space with another person — within the virtual space. To do that, Facebook is currently developing full-body avatars that look and move exactly like the human they represent. The company can’t generate these “Codec Avatars” in real-time currently, but Abrash is confident that they will in the coming years.

Abrash also spoke to the importance of conveying emotion in creating social presence and, to that end, his lab is working on making photo-realistic virtual faces for their Codec Avatars. As you can see in the video below, as two members of Abrash’s team speak to each other, their headsets track their facial expressions and are “translated in real-time into audio and visual signals they perceive as a picture-perfect representation of the other person’s likeness,” according to a Facebook release.