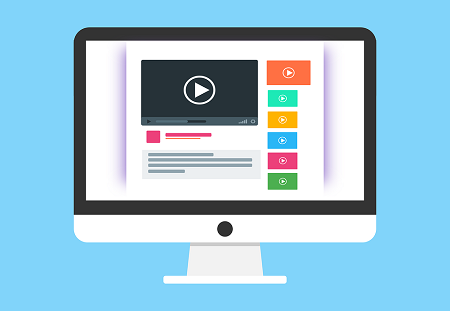 There has been continued growth in premium video ad views, as well as an increasing interest in addressable TV, according to new research.

As management firm Freewheel has launched its first Video Marketplace Report specifically for Europe, focusing on video advertising in Q3 2019.

The paper shows a continued upward trend in premium video with ad views increasing 10% year-on-year. This rise is driving investment in “growth platforms” such as connected TV (CTV) and mobile.

The report also reveals interest in addressability is growing across all verticals with the share of audience-targeted ad views increasing 54% year-on-year.

Market collaboration illustrates publishers, operators and tech vendors are working together to drive audience targeting and to establish compliance and comparability standards. ITV’s partnership with Amobee, Liberty Global joining forces with Cadent, AT&T’s purchase of AppNexus, and Xandr’s acquisition of Clypd are all examples of collaboration, along with the Project OAR initiative to create open standards for addressable TV.

Thomas Bremond, General Manager, International, FreeWheel, commented: “As Nielsen’s GM, Kelly Abcarian recently said, measurement is a team sport, so it’s fantastic to see collaboration between commercial competitors driving the progress of addressable TV and the continued expansion of premium video. Adoption of ATSC 3.0 and HbbTV 2.0 is still relatively low, but ultimately these new standards will enable advertisers to execute addressable advertising at device or household level more effectively than ever before.”

Premium video audiences continue to favour the immersive big-screen experience, with combined CTV and set-top box (STB) viewing accounting for 43% of ad views. STB is seeing strong growth with ad view share increasing by 28% year-on-year. The convenience of mobile ensures it remains a popular alternative, accounting for 34% of ad views. The share of premium video ads viewed on desktop decreased 15% year-on-year to just 23%. 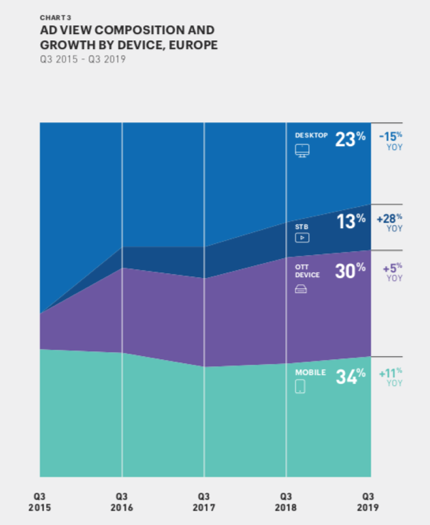 Other findings from the report included:

The FreeWheel Video Marketplace Report is released quarterly and highlights the changing dynamics of how enterprise-class content owners and distributors are monetising premium digital video content. The data set used for this report is one of the largest available on the usage and monetisation of professional, rights-managed video content worldwide, and is based on census-level advertising data collected through the FreeWheel platform.

The full report can be downloaded here